You are here: Home / Archives for Miami

Ron Kampeas reports that this is part of a $6,500,000 microtargeting campaign funded in part by gambling tycoon Sheldon Adelson (pictured right at the RJC “Friends of Israel” reception at the Republican National Convention).

Ohio (1.3% Jewish) and Florida (3.4% Jewish) are once again battleground states and are being hotly contested by the Romney and Obama campaigns. Pennsylvania (2.3% Jewish) has traditionally been a swing state, but lately it has been considered fairly safe for the Democrats, and accordingly Mitt Romney, Karl Rove and the Koch brothers’ Super-PACs “Restore Our Future”, “Crossroads GPS” and “Americans for Prosperity” all announced last week that they were pulling out of Pennsylvania and Michigan and concentrating their ad buys on more competitive states. We asked the RJC why they were skipping Nevada which is a very competitive state with a 2.8% Jewish population the most of any swing-state other than Florida, but Stu Sandler and Bill Wanger had no comment. (See comment posted below.) 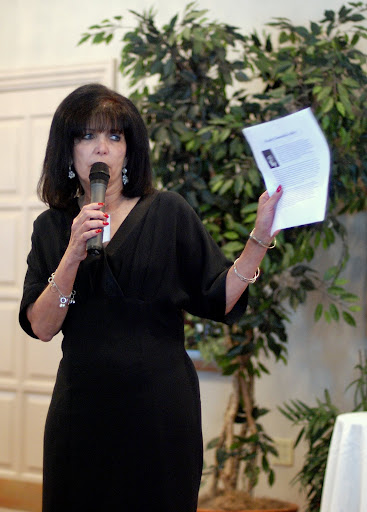 The RJC invited us to observe their outreach effort in work in our area. Local members of the RJC were joined by supporters bused in from Bethesda, Maryland and the New York area. Some volunteers flew in from as far away as California.  In all about 400 Republicans were assembled at the Radisson Valley Forge Casino Resort.

During the breakfast, RJC leaders and volunteers were all eager to share the views with us. One deplored a “certain strain of the Jewish community that cares more about the Democratic party than about Israel.” I asked if she was referring to extreme elements of the grassroots or about any particular elected officials, and she cited Rep. Alysson Schwartz as an example saying

(a reference to the color of the uniforms of the Strumabteilung which played a key role in Adolf Hitler’s rise to power). Other members of the crowd echoed Lynne’s contempt for the Democratic Congresswomen and cited DNC Chairwoman Debbie Wasserman-Schultz, Former Rep. Robert Wexler, Pennsylvania State Senator Daylin Leach, and Montgomery County Commissioner Josh Shapiro as “traitor to their faith.”

I discussed the Democratic and Republican party platforms with Lynne Lechter, Republican Committeewoman in Lower Merion and former candidate for the Pennsylvania Assembly (shown right at the National Women’s Committee of the RJC at the Green Valley County Club in 2009). Asked about the Republican platform which echoes Rep. Todd Akin’s support for a blanket ban on abortions without any exception for rape or incest, Ms. Lechter said that to her “platforms are not relevent. People don’t always agree with everything in the platform.” However, she felt that the original Democratic platform “underscored the hatred of Democrats for religion and Israel.”

The volunteers were assembled into teams some for phone banking, literature drops and strategic sign waving.

After the day of canvassing, the volunteers were treated to a private discussion with Congressmen Pat Meehan (R-PA7) and Mike Fitzpatrick (R-PA8), and former Republican State Senator Bruce Mark, followed by Sunday Night Football as the Denver Broncos defeated the Pittsburgh Steelers 31-19.