You are here: Home / Archives for krugman 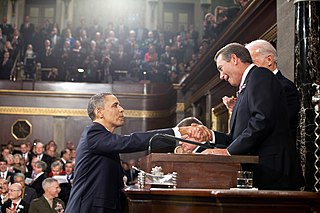 We'll start with the legislation:

The Secretary may mint and issue platinum bullion coins and proof platinum coins in accordance with such specifications, designs, varieties, quantities, denominations, and inscriptions as the Secretary, in the Secretary’s discretion, may  prescribe from time to time.

That's from 31 USC § 5112 — Denominations, specifications, and design of coins, which you can read in its entirety here. So there's no doubt that Tim Geithner or Jack Lew. once he replaces Timmy, can just say "Mint it." By the way, in case you're wondering whose face should go on the coin, Paul Krugman has a great idea. Use John Boehner, Why?

Because without him and his colleagues, this wouldn’t be necessary.

It always astounds me that Congress is ready to spend all sorts of money, but then won't pay the bills. It's EXACTLY like ordering a product on the internet with a credit card, and then refusing to pay the credit card bill, while playing with the new toy.

The GOP likes to say we're like Greece: that we'll end up with that kind of economy if we don't stop spending. But we're nothing like Greece for a whole list of reasons. First, we mint our own money, they're on the Euro, and therefore subject to outside forces in terms of getting money. They cannot print their own. Second, ours is the currency used worldwide not only for transactions, but also as one of the major currencies to which other currencies are pegged. Next, whereas Greece's debt is mostly external, most of ours is internal. That's right, we owe far more money to ourselves then to China or other outsiders.

Finally, all this talk about "austerity" over stimulus is, and always has been, counterproductive and destructive. The IMF just put out a report on that issue. It looked at the effects of European austerity programs and found that for every dollar cut, economic activity was cut by $1.50. Thus, additional cuts to government spending will hurt the economy, rather than help it. It's a testament to the strength of our economy that the meager stimulus passed a few years ago has worked as well as it has, especially when considering the damage inflicted by the GOP.

To my mind, there's just no question that minting the coin is the best idea. There's really no downside. Will someone try to sue the president for doing it? Sure. But it's unlikely that anyone will have standing. Why?

The validity of the public debt of the United States, authorized by law, including debts incurred for payment of pensions and bounties for services in suppressing insurrection or rebellion, shall not be questioned.

You should know from where that sentence emanates. If you want to carry it to the extreme, a case could potentially be made that refusing to pay sovereign debt is a form of insurrection. But I digress.

Will the House impeach the president? Probably. But he'll be acquitted in the Senate, and if we look at the last impeachment, well, Bubba the Big Dog doesn't seem to have suffered too much. And it's not a slam dunk that southern Republican Congressmen (and that is the last bastion of the teabaggers) will want to go down in history as impeaching a president for paying sovereign debt, in accordance with the US Constitution.

How will we look in the eyes of the world? Pretty good. Our leader will have stood up to obstructionism and nonsense to keep the largest economy in the world on track. Americans? The only people opposed to this would be people who don't believe the government should pay its bills. You know, the right wing wackos who want to destroy government. They who are represented by the same cretins in the House who have voted for the 34th time to repeal the ACA, and also put forth a bill to repeal the 16th amendment. (Yes, you should know what that says… if you don't, it's the one that allows Congress to collect taxes.) I'm not joking. It came from king of the crazies Steve King.

President Obama has said he won't negotiate on the debt ceiling. And he shouldn't. This is an easy out, and gives notice to the House that this time, things are different. America comes before their desire to destroy us.