You are here: Home / Archives for Knesset

The Knesset in Jerusalem. Photo: Xiquinhosilva

For the first time in Israel’s history, a woman can apply for the position of Knesset Rabbi.

Several months ago, the Knesset published a tender for the position of Knesset Rabbi to replace the current rabbi who will be retiring in a few months. The tender required applicants to present a certificate from the Chief Rabbinate, a provision that excluded women from applying as they are barred from completing the Rabbinate’s certification exams.

END_OF_DOCUMENT_TOKEN_TO_BE_REPLACED

Speaker of the Knesset Yuli Edelstein participated in a special Hanukkah candle-lighting ceremony for the sixth night of Hanukkah, together with several Cabinet Ministers and Members of Knesset. The ceremony was also attended by 60 Lone Soldiers, arranged by Nefesh B’Nefesh, Friends of the IDF (FIDF), Tzofim Garin Tzabar, and Ha’aguda Lema’an Hachayal (The Association for the Welfare of Soldiers).

I’m happy and thrilled to be here to continue the tradition of lighting Chanukah candles in the Knesset. The lighting of the candles symbolizes the freedom of the people of Israel, and is especially relevant here in the Knesset because we have our own parliament, and despite all the disagreements that take place in it, we have the freedom to govern ourselves.

Five Lone Soldiers joined Edelstein as he lit the Chanukah candles. The soldiers, who are originally from Turkmenistan, Kazakhstan, France, Japan, and Uruguay made Aliyah to Israel to join the IDF with the support of Nefesh B’Nefesh and the FIDF.

We are honored to have the Knesset Speaker light the Chanukah candles with these Lone Soldiers, in this symbolic salute to all those who left their families and homes in order to make Aliyah and serve the Jewish State through the Nefesh B’Nefesh/FIDF Lone Soldiers program.

(CAMERA) On August 1, an Arab member of Israel’s parliament, the Knesset, Jamal Zahalka, stood at the podium and declared, “We [Arabs] were here before you and we’ll be here after you.” In response, Prime Minister Benjamin Netanyahu indicated that he wanted to speak, went to the podium and answered, “The first part is not correct and the second part will not happen.”

It is clear that this could not happen if Israel were an “apartheid” state, because there would be no Arab members of Knesset. And, if Israel were not a free state, certainly no member of the Knesset could openly declare a desire for the end of the state without fear of prison or even censure.

Imagine even the most radical member of Congress, from anywhere across the political spectrum, standing on the floor of the House or Senate and envisioning the end of the United States. It would cause an uproar. But in Israel, it only elicits a brief remark from the Prime Minister.

I met Barak Avraham, known as Malaku in his native Amharic, during his 2-week tour of the United States on behalf of AMIT, which supports a network of 108 schools and programs in 29 cities in Israel. Avraham’s personal story is a marvelous case study of how AMIT schools turn around individual lives and whole towns. His trek began at age 9 when he walked, with his mother and four siblings, for three weeks from their village of Abu Zava to the city of Gondar in Ethiopia. Sleeping outdoors at night, they were at the peril of anti-Semites, who recognized them as Jews and strangers. (His non-Jewish father, already divorced, stayed at home.)

More after the jump.
Back in their village, his maternal family dreamed of going to Jerusalem, a place like Paradise where people wear white garments and they do not have to work. After waiting eight months, they were accepted for flight aboard the covert Operation Solomon, which airlifted over 14,000 Ethiopian Jews in a 36-hour mission in May, 1991. Before boarding, Avraham’s mother buried their remaining Ethiopian money, birr, because she thought they would not need money in the Promised Land.

Avraham’s memories of his childhood in Ethiopa included Pesach, when they eagerly anticipated the gift of matzot delivered by shluchim (emissaries), homemade soccer balls fashioned from old socks and electrical wire, and a world without television or cars, just as life was lived 200 years before. The transition from a traditional society to a modern one was especially hard for the elders, such as his grandparents who arrived later. His family spent a year in an absorption center, merkaz klita, learning to adjust to Israeli ways, including eating with forks and knives. Ethiopian foods, such as teff and injera, are eaten with the right hand.

Growing up in a rough neighborhood and with a single mother, Avraham lost his way when he was in his “foolish teen years,” tipesh esrei, when he was expelled from one school after another. No one wanted him any longer. This was a painful period for his mother, who cried in shame and sadness. “I decided that I was going to change. That if my mother was going to cry because of me, it would be with pride, not from sorrow.” On the advice of a friend attending school at the AMIT Kfar Blatt Youth Village in Petach Tikva, he wrote a letter of appeal to the director, Amiran Cohen. A visionary educator, Cohen had him sign a pledge of changes he would make in his life.

Cohen, who became a special friend, and the support network of surrogate parents, teachers, and social workers helped Avraham focus his intelligence. He had always been told that he had “much potential.” Upon passing the bagrut, matriculation exams, he was accepted into an elite intelligence unit in the Israel Defense Forces (IDF) and served with distinction as an outstanding soldier. His mother cried with pride and joy at this completion ceremony.

The IDF taught him discipline and it broadened Avraham’s horizons. He listened as his army mates of different backgrounds from all over the country shared their dreams for the future. He knew then he had to get an education, which was assisted by an IMPACT scholarship from the Friends of the IDF. He was the valedictorian and the top Ethiopian student graduating with a degree in government diplomacy from The Interdisciplinary Center (IDC) in Herzliya. Later, when he earned a master’s in public service, also from the IDC, he gave a speech before an audience of 4,000 and his mother cried again from joy.

Now 30, Avraham is an entrepreneur and founder of an Internet start-up company and manager of a teen community house in Petach Tikva. He is also coordinator of a new program at the AMIT Rambam Elementary School in Netanya. Rambam was a failing school. The Ministry of Education appealed to AMIT to rescue this school, and AMIT now plans to designate it a magnet school, an innovative model that brings together in one school the top-achieving students with the most needy ones. Avraham’s program includes football (soccer to Americans), mentoring, and parent support. Coming from the same poor neighborhood and background, Avraham gives the children confidence that they, too, can succeed.

Avraham’s newest dream is to join the Knesset in the next election. A Social Democrat, he parts ways with the older Ethiopians who tend to vote Likud, although “it’s capitalist,” and they’re poor but they vote for the country’s security needs. His mother, for one, cannot bear to hear anything bad against Israel. (The Yesh Atid party, which won 19 seats in January, has two Ethiopians in its cabinet.) Barak Avraham’s future was paved by the caring leaders and staff of the AMIT schools. 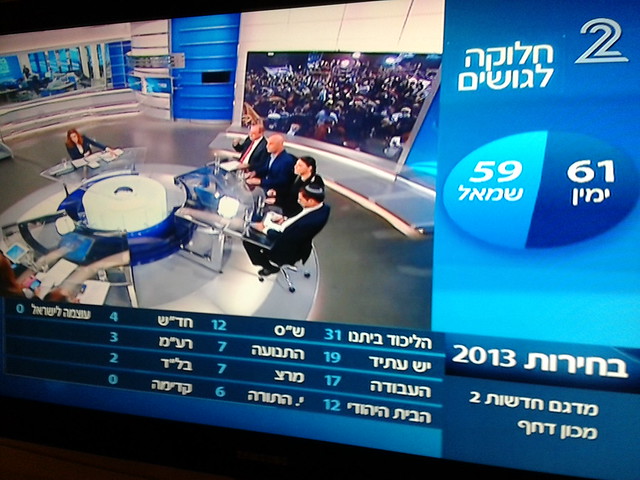 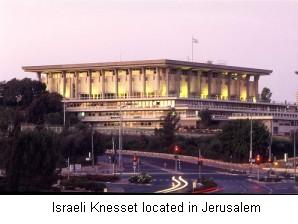