You are here: Home / Archives for Keysone-K Supervision

Where is the Lower Merion’s Jewish shopper’s Main Street on a Friday afternoon?  Genuardi’s kosher section, of course!  It’s where we greet each other, catch up, and wish each other “Shabbat Shalom!”  Now, Genuardi’s has been sold to Giant Supermarkets.  What will this mean for our kosher section?  We won’t know for possibly another ninety days, until this transaction is given final approval by the Federal Trade Administration.  I have conducted an informal survey of a wide cross section of the Lower Merion Jewish community about what they would like from their neighborhood supermarket kosher section.  By contacting synagogues of every denomination and several Jewish neighborhood list serves, I have reached over 5,000 Genuardi’s customers.  The issues that are important to Genuardi’s kosher customers are size, supervision, and selection of products.

More after the jump.
Size

Several people mentioned that they would like a spacious kosher section to shop in.  They held up the Shoprite on Route 70, in Marlton, New Jersey as an example of what they would like.  What Shoprite has done been brilliantly is that it has created the “Kosher Experience.”  The “Kosher Experience” is a “store-within-a-store”.  It is under the supervision of a Rabbi, with employees who are well versed in kashrut (kosher laws), and  who provide outstanding service.

One member of the community informed everyone on the Lower Merion Shuls (Orthodox) List Serve:

The two Genuardi’s stores with kosher departments under Keystone-K supervision are scheduled to be converted into Giant stores during the next six months. Since Giant has a long existing relationship with a supervision agency that is not accepted by the community, this may not be good news.

It is very important to the most observant members of our community to retain the services of Keystone-K supervisors in order to be confident that they are complying with all the kosher laws when they are purchasing food from Giant.

Many members of the community would like an in-house kosher bakery.  They especially requested many pareve (prepared without meat or milk products) baked goods.

Current Genuardi’s customers would like better quality fresh meat, and a greater variety of cuts to be available.  All of the respondents thought the kosher meat should cost less, as it does at the ACME.  Several suggested having a special sale each week on one item from the meat section.  They explained that they host large groups of people for Shabbat dinner, and that it becomes prohibitive.

People are requesting a meat deli and a dairy deli where they can purchase fresh sliced cheeses and other high quality products.  Especially requested are Cholov Yisroel dairy products. 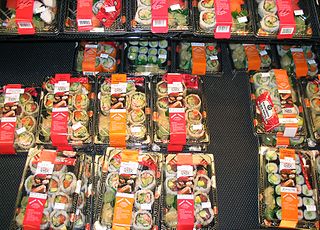 People love getting imported Israeli products such as pickles, dips, frozen foods, and dairy specialties.  The Shoprite on Roosevelt Boulevard in Northeast Philadelphia carries the best selection of all the area supermarkets.

One of the women on the Hadassah list serve wrote, “I shopped almost exclusively at Giant when I lived in MD and absolutely loved it. I’m excited about this change.”  Giant’s acquisition of Genuardi’s is an opportunity to not just retain, but to upgrade our Main Street.  Up to this point, members of our community have murmured about this among themselves.  I have assumed the responsibility of bringing the community’s concerns to Giant’s management’s attention.  No more murmurs!  We are your Jewish customers, hear us roar!