You are here: Home / Archives for Intermarriage

A debate is burgeoning over whether it is right for liberal Jewish seminaries to accept and ordain students who are in serious relationships with non-Jewish partners.

Historically, and currently, most liberal Jewish seminaries have not welcomed those who are inter-partnered with non-Jews and yet feel called to become Jewish clergy. The truth is that the existence of intermarried, now termed “inter-partnered”, Jewish clergy goes back to at least the 1980s. This may surprise those now caught up in the uproar that has been occasioned by the Reconstructionist Rabbinical College (RRC), since its decision to change seminary policy to normalize admission of inter-partnered candidates, all other criteria being equal. The previous policy being that “The RRC does not ordinarily admit or graduate as a rabbi a student married to, or in a committed relationship with, a non-Jew.”
END_OF_DOCUMENT_TOKEN_TO_BE_REPLACED 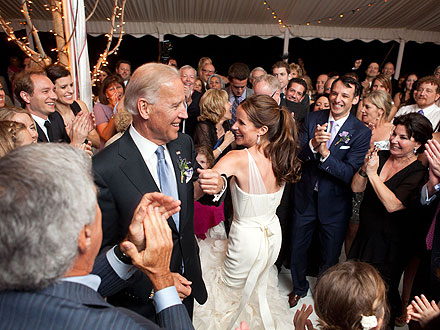 Vice-President Joe Biden’s daughter Ashley married Philadelphia Surgeon Howard Krein in a joint Catholic-Jewish ceremony in Greenville. The photo on the left shows Biden dancing with his daughter at the reception on the tented lawn of the Biden family home in Wilmington, Delaware. 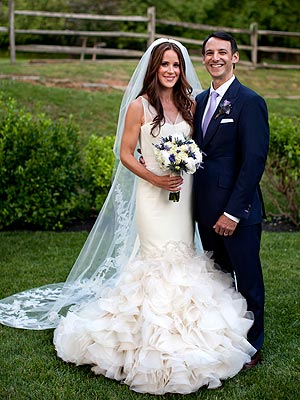