You are here: Home / Archives for Gorge Luis Borges 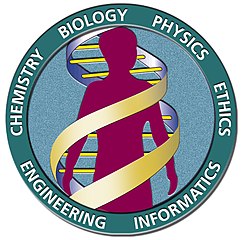 Where did my ancestors live?  What was their culture and cuisine like?  I have some oral family history to work with, but I have always wished that there were some scientific way to know.  In the year 2003, the Human Genome Project announced that it had mapped the approximately 25,000 genes of the human genome.  Gene Base founded “the world’s first online personal genomics DNA database” in 2005.  They offer DNA tests to help you trace your ancestral routes. I could finally find out how much of the oral tradition was correct, and what was unknown or forgotten.  Last summer I decided to take the test.

More after the jump.
My family did this test with Gene Base.  To get the best results, you need a brother and a sister.  The brother’s cheek swab will reveal where all the males in the family came from.  The sister’s will do the same for the females.  My brother and I scrubbed the inside of our cheeks with the special swabs, shipped them off to a laboratory in Canada, and waited for the results.

About two months later, the analysis was complete.  Some of it was true to the family narrative.  On the male side, the arrow went directly from the Near East to Bukhara (in modern day Uzbekistan).  My family remained there, part of an isolated community, for a very long time.  The matrilineal analysis revealed a surprise.  This is the Ashkenazi side of the family.  According to the DNA analysis, these ancestors had lived in Catalonia for hundreds of years.  They left when the Jews were expelled from Spain in 1492.  Even more amazingly, I was able to extract the name of a city: Girona!  I had never heard of it before.

Girona, or Gerona, is an ancient city that lies northeast of Barcelona.  It is a charming place on the banks of the Onyar River.  In the 12th century, it was home to a large Jewish community.  Rabbi Moses ben Naḥman Girondi.  (better known as Nahmanides or Ramban) headed one of the most important Kabbalistic schools in Europe here.  He was selected to defend the Jewish position in the Barcelona Disputation of 1263.  This was a debate in The Grand Royal Palace between the Ramban and Pau Cristia, a Jew who had converted to Catholicism.  The purpose of this debate was to convince the Jews to covert to Christianity.  Nahmanides won.

The preservation of the Jewish remnants of Girona occurred thanks to Joaquim Nadal i Farreras.  A historian, and the mayor of Girona, he made sure to preserve the remains of Rabbi Nahmanides’ Yeshiva when they were uncovered during a construction project during the 1970s.

What was my family’s life like in Girona?  They lived in the Call, or Jewish Ghetto.  The Jewish community was called The Aljama.  The Call was self-governed by Jews, and taxes were paid directly to the king of Catalonia.  Jews were merchants, bookbinders, and businessmen.  Life revolved around the synagogue, mikveh, and of course meals!

What was there to eat?  My family in Catalonia ate well!  The food is Mediterranean, with lots of fresh vegetables, fruit, fish, and meat.  The cooking shows the influence of Spanish, Arabic, and Jewish cultures.  Catalan food is famous for its base of five sauces: Sofregit, Samfaina, Picada, Alioli, and Romesco.

Alioli
Fittingly named “garlic and oil,” alioli is truly an Old World condiment.  You need a mortar and pestle to prepare this. 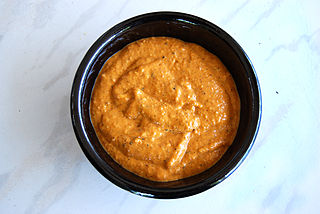 As I sit munching some fresh bread spread with this delicious Romesco sauce, I wonder about my family in Catalonia.  What were their last names?  Since this discovery comes from the female side of the family, I have no surnames to work with.  I peruse the digitized list of the Jewish last names of Gerona saved by the Inquisition.  I pronounce them out loud to myself, wondering if they could have been my ancestors.  One of the names that appears is Borges.  I remember my Spanish literature teacher; Mr. Carlos Berrendero, telling me that Argentinian writer Gorge Luis Borges, author of the short story El Aleph, was obsessed with the idea that perhaps his family were conversos (forced converts to Catholicism).  Borges did not have access to this list in his lifetime.  His hunch may have been correct.

I grew up with the culture of Sefarad, since I lived for many years in Venezuela.  I loved everything about it: the food, the language, the stories, the music.  It never occurred to me that it was part of my heritage too!  Following the expulsion from Spain in 1492, the rabbis issued a cherem (judgement of excommunication) that Jews were not to enter Spain for the next 500 years.  This period ended in 1992.  Now that the cherem is over, I would love retrace the footsteps of my ancestors with a visit to Girona.