You are here: Home / Archives for Civil War

President Obama awarded the Medal of Honor posthumously to a former Union Army first lieutenant for his actions during the U.S. Civil War.

First Lieutenant Alonzo H. Cushing was commanding officer of Battery A, 4th United States Artillery, Artillery Brigade, 2nd Corps, Army of the Potomac during combat operations in the vicinity of Cemetery Ridge, Gettysburg, Pennsylvania, on July 3, 1863. During Pickett’s Charge, he manned the only serviceable artillery piece remaining, making it possible for the Union Army to repel the Confederate attack. He was shot and killed during the fight.

The President: One hundred fifty-one years ago, as our country struggled for its survival, President Lincoln dedicated the battlefield at Gettysburg as “a final resting place for those who died here, that the nation might live.” Today, the nation that lived pauses to pay tribute to one of those who died there — to bestow the Medal of Honor, our highest military decoration, upon First Lieutenant Alonzo H. Cushing.

Now, typically, this medal must be awarded within a few years of the action. But sometimes even the most extraordinary stories can get lost in the passage of time. So I want to thank the more than two dozen family members of Lieutenant Cushing who are here — including his cousin, twice removed, Helen Loring Ensign, from Palm Desert, California, who will accept this medal. For this American family, this story isn’t some piece of obscure history — it is an integral part of who they are. And today, our whole nation shares their pride, and celebrates what this story says about who we are.

This award would not have been possible without the tireless efforts of supporters who worked for decades to make this day a reality. And I want to especially acknowledge Margaret Zerwekh, who is a historian from Delafield, Wisconsin, where Lieutenant Cushing was born. And there’s Margaret back there. Good to see you, Margaret. Margaret is also the granddaughter of a Union veteran, and lives on a property that was once owned by Cushing’s father. When she discovered this story, she spent over 25 years researching, writing letters, and raising her voice to ensure that this American soldier received the recognition that he so richly he deserved. And what’s more, she even managed to bring Republicans and Democrats together — (laughter) — to make this happen. Margaret, we may call on you again sometime in the next several months. (Laughter.)

Yet this medal is about more than one soldier or one family. It reflects our obligations as a country to the men and women in our armed services — obligations that continue long after they return home, after they’ve removed their uniforms, and even — perhaps especially — after they’ve laid down their lives. And so this medal is a reminder that no matter how long it takes, it is never too late to do the right thing.

Alonzo, or “Lon,” Cushing was raised by his widowed mother in Fredonia, NY with his siblings, including three brothers who also fought for the Union. As the congressman who recommended Lon to West Point wrote, “His mother is poor, but highly committed and her son will do honor to the position.” After graduating from West Point, Lon was assigned to Battery A, 4th United States Artillery. From Bull Run to Antietam, from Chancellorsville to Fredericksburg, Lon fought bravely and developed a reputation for his cool, his competence, and his courage under fire.

But it was at Gettysburg, what one newspaper later called “emphatically a soldiers’ battle,” where Lon would be immortalized. It was July 3rd, 1863, the final day of a grueling three-day fight. Lon commanded his battery along the wall on Cemetery Ridge, fending off punishing fire from General Lee’s Confederate troops in advance of what we now know as Pickett’s Charge. In the chaos and smoke, Lon and his men could barely see ahead of them. One colonel later described the “terrible grandeur of that rain of missiles and that chaos of strange and terror-spreading sounds.”

Lon was hit and badly wounded. His first sergeant — a soldier by the name of Frederick Fuger — urged him to go to the rear. But Lon refused and said he’d “fight it out, or die in the attempt.” Bleeding and weak, he moved his remaining guns closer to the front. Over 10,000 Confederate infantrymen advanced, elbow to elbow, in rows over a mile wide. Peering through field glasses, Lon ordered his men to continue firing at the advancing columns. He used his own thumb to stop his gun’s vent, burning his fingers to the bone. When he was hit the final time, as a poet later wrote, “His gun spoke out for him once more before he fell to the ground.” And Alonzo Cushing was just 22 years old.

In a letter to Lon’s sister, Fuger wrote that the bravery of their men that day “was entirely due to your brother’s training and example set on numerous battlefields.” Etched on Lon’s tombstone at West Point is the simple epitaph, “Faithful unto death.” And his memory will be honored later this month, when one of our Navy’s cruisers — the USS Gettysburg — dedicates its officer’s dining hall as the “Cushing Wardroom.”

And here today, we know that Lon and the others who fell that day could not — we know — we know what they could not — that Gettysburg was a turning point in the Civil War. It’s also proof, if any was needed, that it was thousands of unknown young soldiers, committing unsung acts of heroism, who saved our union, and freed a people, and reaffirmed our nation as “one Nation, under God, indivisible, with Liberty and Justice for all.” I’m mindful that I might not be standing here today, as President, had it not been for the ultimate sacrifices of those courageous Americans.

Today we honor just one of those men, Lieutenant Alonzo Cushing, who, as Lincoln said, gave their “last full measure of devotion.” His story is part of our larger American story — one that continues today. The spirit, the courage, the determination that he demonstrated lives on in our brave men and women in uniform who this very day are serving and making sure that they are defending the freedoms that Alonzo helped to preserve. And it’s incumbent on all of us as Americans to uphold the values that they fight for, and to continue to honor their service long after they leave the battlefield — for decades, even centuries to come.

So with that, I’d like to ask Helen to join me for the reading of the citation.

Military aide: The President of the United States of America, authorized by Act of Congress, March 3rd, 1863, has awarded in the name of Congress the Medal of Honor to First Lieutenant Alonzo H. Cushing, United States Army.

First Lieutenant Alonzo H. Cushing distinguished himself by acts of bravery above and beyond the call of duty while serving as an artillery commander in Battery A, 4th U.S. Artillery, Army of the Potomac at Gettysburg, Pennsylvania on July 3rd, 1863 during the American Civil War.

That morning, Confederate forces led by General Robert E. Lee began cannonading First Lieutenant Cushing’s position on Cemetery Ridge. Using field glasses, First Lieutenant Cushing directed fire for his own artillery battery. He refused to leave the battlefield after being struck in the shoulder by a shell fragment. As he continued to direct fire, he was struck again — this time suffering grievous damage to his abdomen.

Still refusing to abandon his command, he boldly stood tall in the face of Major General George E. Pickett’s charge and continued to direct devastating fire into oncoming forces. As the Confederate forces closed in, First Lieutenant Cushing was struck in the mouth by an enemy bullet and fell dead beside his gun.

His gallant stand and fearless leadership inflicted severe casualties upon Confederate forces and opened wide gaps in their lines, directly impacting the Union force’s ability to repel Pickett’s charge. First Lieutenant Cushing’s extraordinary heroism and selflessness above and beyond the call of duty at the cost of his own life are in keeping with the highest traditions of military service and reflect great credit upon himself, Battery A, 4th U.S. Artillery, Army of the Potomac, and the United States Army. 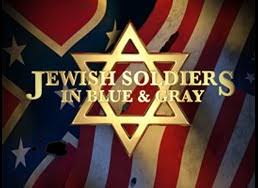