You are here: Home / Archives for anti-semitism. CAMERA 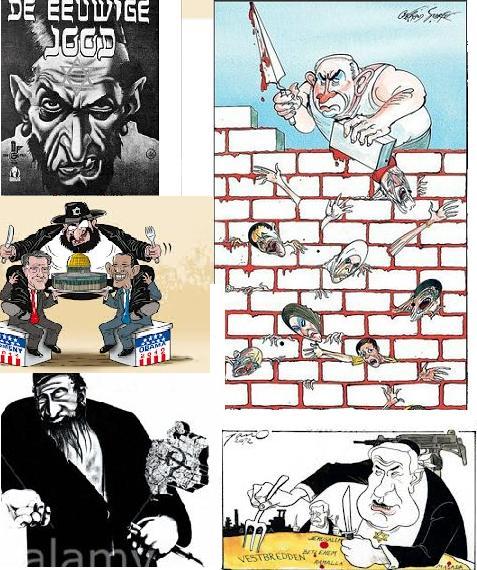 (CAMERA) It’s a trick question. They’re all similar. The large one on the right was published in The Sunday Times of London on Jan. 27, 2013, a day designated as Holocaust Remembrance Day. The cartoonist is Gerald Scarfe.

Notice the stereotypical features; The large flapping ears, the exaggerated, unpleasantly shaped nose, the dark arched brow, the sneering expression, a large lower lip, the position of the face pointed downward while the eyes are looking upward to a evoke a menacing glance. All of these features are intended to create a demonic Semitic caricature. In fact, so classic are these features that one might suspect Scarfe studied the prior “art” to craft his cartoon.

Four of the comparison cartoons feature menacing sharp tools in at least one hand intended to evoke the classic blood libel charge against the Jews. 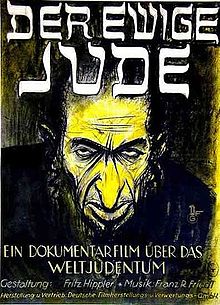 The cartoonist Scarfe has earned a place of distinction on Holocaust Remembrance Day, and a special salute from deceased Nazi propaganda minister Josef Goebbels, who commissioned many of the cartoons and films that popularized these stereotypical features. Here you can see the film poster for the “Eternal Jew” a Nazi propaganda film intended to incite the population to hate Jews. Notice the characteristic facial features that Scarfe emulated.