Israel is engaged in an intensive operation to return the three Israeli teenagers who were kidnapped in the West Bank by Hamas terrorists Thursday night: Gilad Sha’er (16), Naftali Frenkel (16), who has dual Israeli-American citizenship, and Eyal Yifrah (19), to their families.

The kidnapping validates Israel’s assessment that the pact between PA President Mahmoud Abbas and Hamas would strengthen Palestinian terrorist organizations, push peace further away and destabilize the area.

Hamas does not need any reason, excuse or incentive to murder and kidnap Israelis. Terrorist attacks are Hamas’ raison d’être. Dozens of attempted kidnappings have been foiled in the last year alone. 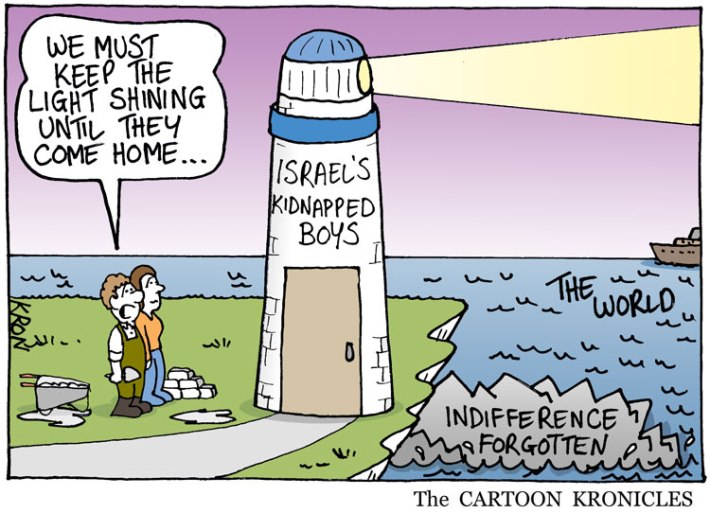 The international community should unequivocally condemn the Hamas attack on innocent Israeli teenagers and demand that Palestinian leadership and security forces cooperate fully with Israeli authorities to ensure that Eyal, Gil-Ad and Naftali are returned to their families unscathed as soon as possible.