This Week’s 5 Most Important Questions 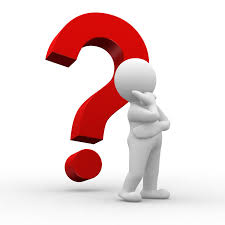 Read the answers after the jump.
I strongly recommend that you read this fascinating exchange between former US ambassador to Israel Michael Oren and Foreign Policy’s David Rothkopf. It’s somewhat long, but it eloquently addresses many of the questions and concerns that trouble thoughtful friends of Israel.

In response to a Newsweek report quoting unnamed US officials accusing Israel of espionage, Secretary of Defense Chuck Hagel said that “I’m not aware of any facts that would substantiate the report.” Hagel, on a three-day trip to Israel, also affirmed the strong bond between the US and Israel and noted that US aid to Israel is at record levels.

We will prevent a nuclear-armed Iran.

National Security Advisor Susan Rice said on May 12 that (emphasis mine):

Iran must not get a nuclear weapon. As President Obama said in Jerusalem, “America will do what we must to prevent a nuclear-armed Iran.” As the United States and our P5+1 partners engage in negotiations with Iran on a long-term, comprehensive agreement that resolves the world’s longstanding concerns about Iran’s nuclear program, we all have a responsibility to give diplomacy a chance to succeed. But America won’t be satisfied by mere words. We will only be satisfied by verifiable action from Iran. Put simply: if we are not, there will be no deal. And, as these negotiations progress, we continue to consult closely with Israel every step of the way.

My regular readers know that I’m a strong supporter of AIPAC, and I explained why in my report on AIPAC and J Street. But the disagreements we have with J Street do not negate the fact that J Street is a pro-Israel organization. If you’re really concerned about J Street and the fanciful charges that have been leveled against it, you owe it to yourself to read Setting the Record Straight, by J Street’s founder and Executive Director Jeremy Ben-Ami.

I have long noted an interesting phenomenon in the opinion of some American Jews that criticism of particular Israeli government policies from a more liberal position are a betrayal, while even harsher attacks on efforts by Israeli governments to pursue peace talks are entirely legitimate.

Rubio proved that he is both ignorant of science and eminently qualified to be a GOP candidate for President by denying the reality that global warming is caused by human activity. Jeffrey Kluger explains why Rubio is wrong on climate change. This is the same Marco Rubio who, when asked the age of the earth, said “I’m not a scientist, man.” No kidding.

Kluger’s article is a great article to send to anyone who still doesn’t get it on climate change, but Carl Hiaassen’s approach works too.

Hashtags are today’s signs. No one thinks that hashtags on Twitter are a substitute for action, but they are helping focus the world’s attention on the plight of the kidnapped Nigerian schoolgirls. Zach Beauchamp explains why #BringBackOurGirls is making a difference for Nigeria.