Hillary and the Hijab: Self-Degradation, or Just “House Rules”?

Last Friday’s Dry Bones is a belated attack on former Secretary of State Hillary Rodham Clinton for wearing a headscarf on a state visit to Islamic countries where women traditionally wear a ḥijāb.

Perhaps we have simply forgotten manners?

There is such a thing as “house rules”. When you are invited to someone’s home, you are a guest and you are expected to follow local rules and customs.

I don’t take off my shoes at home or at my synagogue. But some of my friends remove their shoes when they enter the front door, and I have no problem doing likewise. Similarly, the Tomb of the Patriarchs (The Cave of Machpelah) in Hebron can only be accessed via the Ibrahimi Mosque, so I remove my shoes for the occasion in deference to Muslim tradition.

When gentiles visit my synagogue, they don a yarmulkah in respect for our customs. This is simple politeness.

More after the jump.
Obviously, we keep our principles. When visiting a vegetarian home, I have no trouble adapting to their diet, but I will not eat treif meat to accommodate a non-kosher host. Eating meat is just a habit which I can adapt, but keeping kosher is a moral conviction which I would not compromise just out of politeness. Hopefully, my host would understand if I don’t eat and perhaps offer me a beverage or other acceptable alternative. In the end though the onus is on me to comply with the host’s rules, and if there is no mutually acceptable alternative then I should politely turn down the invitation.

In the case of a headscarf, it is not Hillary Clinton’s tradition to cover her head, but she probably does not have a moral conviction against ever having her head covered. Even if she would rather not — out of support for Islamic women who may be coerced into wearing the ḥijāb — it is not a pleasure trip. She comes at the plenipotentiary representative of the interests of the United States of America, so sometimes she has to “take one for the team” as it were. 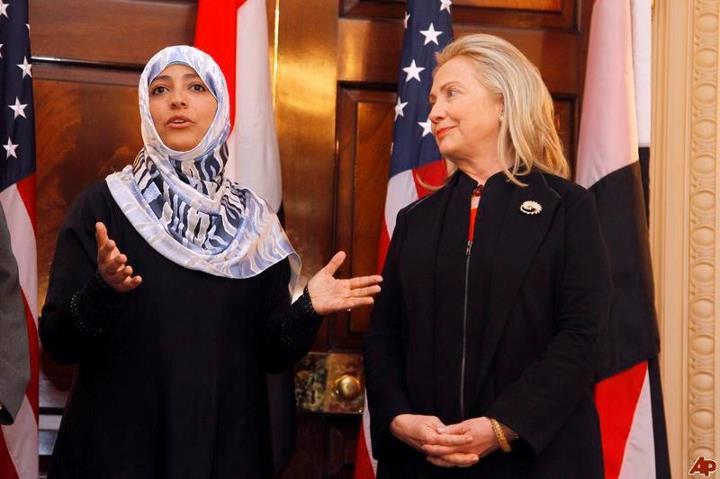 Of course, when the favor is returned and foreign diplomats visit her on American soil, the visit is governed by our house rules so head coverings are optional for everyone, so Hillary chooses to not wear one.

It is simply a question of manners.