Who Will Replace Rep. Allyson Schwartz in PA-13?

The remaining Democratic candidate former Congresswoman Marjorie Margolies did not respond to five requests to participate in the forum.

The district is currently represented by Allyson Schwartz, who is now running for the Democratic nomination for Pennsylvania governor. 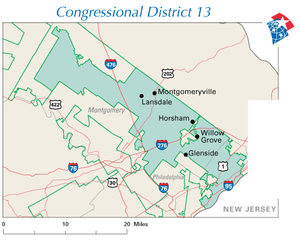 Since the congressional redistricting, the 13th district covers the Main Line suburbs, much of Montgomery County, and parts of Northeast Philadelphia. It is one of the five districts in Pennsylvania into which the Republican legislature packed as many democrats as possible in order to create Republican majorities in the other thirteen districts. Accordingly, the stakes in this democratic primary are very high as the general election is practically a foregone conclusion in this dark blue district which Allyson Schwartz carried in 2012 with 69% of the vote.

An audience of about 250 watched the forum organized by Montgomery County Democracy for America and the Area 6 Democratic Committee, and moderated by Philadelphia Daily News writer Will Bunch.