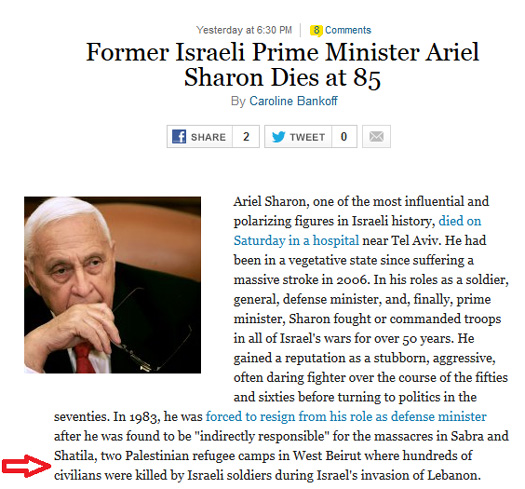 (CAMERA) the passing of the former Israeli prime minister, Ariel Sharon, has unearthed many old falsehoods.

“His actions helped spark the second Palestinian uprising in 2000 when he pushed past security and entered the Al Aqsa Mosque, one of Islam’s most sacred places.”

Nor did he “push past” security; the Israeli security was in place to protect him as he visited Judaism’s most holy site.

Caroline Bankoff wrote that Israeli soldiers, not the Phalange militia, killed hundreds of Palestinian refugees in Sabra and Shatilla.