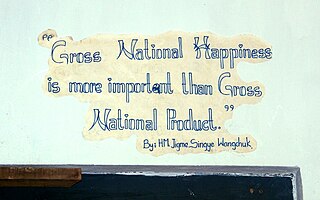 How do you measure the wealth of a country? Economists calculate the gross national product GNP, while the government of Bhutan has been using the quirky assessment of gross national happiness GNH since 1972.

Marcella Rosen proposes to rank the ingenuity of the country’s citizens among its natural resources, in her slim volume, Tiny Dynamo: How One of the Smallest Countries Is Producing Some of Our Most Important Inventions

Full review after the jump.

In 131 pages, Rosen summarizes 21 inventions of Israelis that make our lives safer, more efficient and better. These inventions include the flash drive, pilotless drones, and anti-bacterial fabric coatings that do not come off in the hospital wash.

Environmental inventions include drip irrigation; floating solar panels; fish farming using bacterial filtration, to reduce the usage of water to two gallons per one pound of fish; and a semi-permeable membrane to desalinate ocean water. In fact, the city of Ashkelon has the world’s largest reverse osmosis facility, producing 320,000 cubic meters of fresh water a day.

Medical inventions include a robot for spinal surgery; a pill-sized camera to view the length of the small intestine (without endoscopy); and implantable tiny telescopes to treat macular degeneration.

Rosen writes in the breezy manner of a public relations professional and a self-professed booster for Israel. I would like more detail on the technological inventions, but I suppose some may be proprietary information, that the inventors do not wish to make public.

The world of investments moves quickly, so one footnote to the book is that Shai Agassi’s Better Place declared bankruptcy in May 2013, after going through $850 million in capital in trying to market its swappable batteries for electric cars.

Other inventions detailed in the book, such as the cervical stabilization collar, are being positioned for a wider market. The appendix is a nifty timeline of 68 Israeli inventions from 1948 to 2012, including three Nobel Prizes in Chemistry (2004, 2009, and 2011).

Rosen maintains a website, that reports on news from Israel beyond the peace process, and a Facebook campaign that posts on inventions and scientific breakthroughs coming from Israel.

The common perception about a country rarely squares with the life that’s actually lived in that place, and the people who live it. So if it’s true that you should judge a person not by what is said about him but by what he does, then it follows that you should do the same for countries.