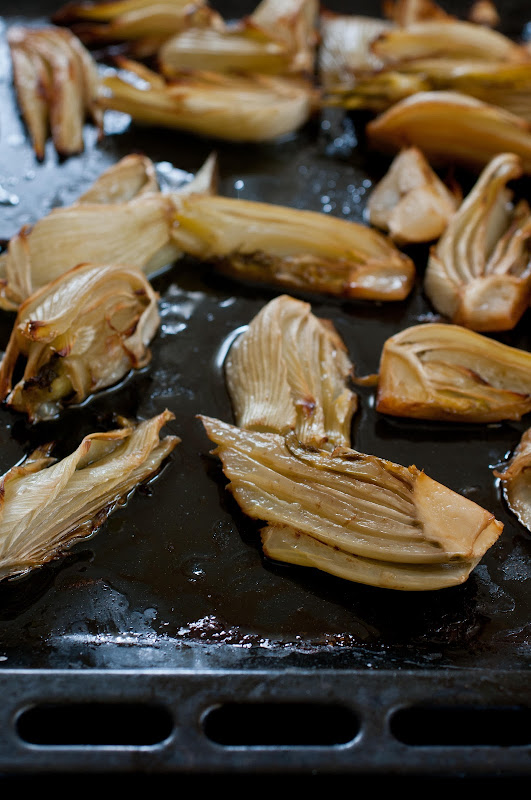 Every year in March, Israel becomes a festival of colors, with thousands of species participating in the biggest bloomfest in the country. Except for wild fennel — it celebrates in its own time. In the summer, the slender stalks hold dainty yellow parasols against the harsh sun. The land is parched. The only remaining vegetation sulks in the shadows, jealously guarding the little moisture available. Fennel does just the opposite: growing upward to more than two meters of height, while everything else shrinks within itself waiting for the first rains.

By the autumn, it dies back, leaving a curious cemetery of dried vertical twigs. Feathery fronds appear in spring, growing adamantly from the remains of the previous year. As with many drought-resistant plants, its morphology changes drastically throughout its life cycle, from delicate tufts, to long spindly leafless stems. The flavor also undergoes a subtle transformation: form sweet licorice in the early days, to deeply aromatic anise as the season progresses.

Roasted Pate recipe after the jump.
Fennel is a hardy plant, that proliferates well in neglected fields and roadsides. Landscapers take advantage of these characteristics, and pair it with rosemary and olive trees to beautify the national highways. In Israel, it is grown commercially like elsewhere in the Mediterranean and Levant. Although originally a winter crop, new cultivars, such as Victorio, grow well throughout the year and cover about 15,000 acres, from the Negev Desert to the Galilee.

Last summer, I gathered the flowers and sprinkled it over buttered bread. The bulbs can be eaten fresh — sliced thinly and doused liberally with lemon juice. They provide a lovely complexity to Dauphine cream, whether paired with potatoes or on its own. The Israeli Arabs mix it with lentils and herbs for a hearty salad. On hiking trips, I pick a few young leaves along the trails and eat them as I walk.

The fennel I used for this recipe was more fibrous than I had anticipated. The truth is that I bought them outside of their peak season (in the winter), so that should have been expected. Roasting did not soften them enough, but a quick churn in the food processor did the trick. I first made this with a dash of balsamic vinegar, but fennel has such a unique flavor that I prefer not to mask it.

Fennel paté works wonderfully along with other mezzes, such as hummus, tabouleh or labneh.

Sarah Melamed is the creator of Food Bridge. She lives in Israel, and loves exploring how food is a bridge that connects people to each other as they share it around a table.