You are here: Home / Uncategorized / Book Chat: Ballots, Babies, and Banners of Peace

Judging from the titles in the general and academic press, you would surmise that American Jewish women were not active in the biggest social movements of the 20th century. And you would be wrong. The paucity of scholarship in this area led Melissa Klapper, a historian at Rowan University, to a six-year odyssey that culminated with her latest book, Ballots, Babies, and Banners of Peace: American Jewish Women’s Activism, 1890-1940

which highlights the role of American Jewish women in three social movements for suffrage, birth control, and peace.

More after the jump.
The women’s rights movement was launched at a convention in Seneca Falls, NY in 1848. It was held in a church, and no Jewish women were in attendance. (There were only about 50,000 Jews — 0.22% of the total population — in the United States at the time.) In fact, there had been tremendous anti-Semitism in the early years of the movement. After Colorado gave women the vote in 1893, women became newly energized. Then, the American Jewish community itself expanded, with immigrants arriving from Eastern Europe that were already politicized with experience in the labor Bund political party, Zionism, or social reform.

The National Council of Jewish Women never did take an official stance on women’s suffrage, but most of its members were in support. One prominent Jewish activist was Maud Nathan, who leveraged her fluency in French and German to serve as translator in international conferences. She helped spread the movement by writing articles and the lecture circuit, with 10-12 engagements a week. However, her sister, Annie Nathan Meyer, was a vocal anti-suffragist, which may be surprising considering that she founded Barnard College.

The successes of suffrage depended in part on votes of Jewish men, but anti-Semitism re-surfaced with the defeats in referenda in New York, Pennsylvania, and Massachusetts in 1915. Jews realized that they couldn’t change the movement. Jewish women also lobbied for increased power in the Jewish community and synagogues. After 1920, when the Nineteenth Amendment for women’s vote was ratified, synagogues across the spectrum opened their boards to women. 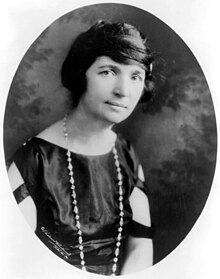 With the achievement of the women’s vote, some women were looking for another social cause. They found it in the nascent birth-control movement. Margaret Sanger, a Catholic whose first husband was a Jew, opened the first birth-control clinic in 1916 in Brownsville, Brooklyn, which had a huge immigrant population of Italians and Eastern Europeans. These women did not care about religious prohibitions; they wanted control over the size of their families. The reality of childbirth in the early 20th century was grim: 20% of the children died before the age of five, and 1% of live births caused a maternal death.

The women lined up for blocks near Sanger’s clinic, waiting with their baby carriages. Before the clinic was closed — after ten days — because of federal laws on “obscenity”, the women left with contraceptives and knowledge to pass onto their sisters and neighbors.

Sanger had left for the Netherlands, where birth control was legal, and the next clinic would not appear in the United States until 1923. Jewish women were early adopters across the classes; their birthrate dropped by 2.8 children per woman in 30 years. Jewish women were also distributers of birth control as clinic staff and physicians. Dr. Klapper attributed this to the Jewish value of tikkun olam (repairing the world) as well as to the prevailing anti-Semitism, when qualified Jews often found it hard to obtain employment. Jewish women were also activists across the class lines and at all levels of involvement.

All major rabbinical groups discussed birth control. The first and most influential opinion published was issued by the Reform movement: Rabbi Jacob Lauterbach, who’d studied in a traditional yeshiva in Berlin, whose scholarship on this subject — and allowance for contraceptives — was so rigorous that his opinion was accepted by the Conservative movement. Dr. Klapper showed Lauterbach’s writing to Orthodox rabbis during her research, and they confirmed to its validity. The Orthodox Union was pressured by the Catholic Church to condemn contraception, but it allowed congregants to consult their local rabbis. Before the 1930s, all press writings about contraceptives were in code, referring to “family well-being” or using words for the materials used in birth control.

The third social movement covered in the book was the peace movement, which initiated in the 19th century but did not grow strong until after World War I. As in any war, the first world war was devastating for Jewish communities. The international Jewish network that developed for the peace movement was later the model for the women’s peace movement. Jewish women were not naïve believers; they tried to arbitrate conflicts and worked for arms reduction. The League of Nations, which we now regard as a failed effort, was somewhat successful in the 1920s and 30s, particularly the Kellogg-Briand Pact of 1928, with over 100 countries signed on to renounce the use of war and called for the peaceful settlement of disputes.

The rise of Nazism in the 1930s posed a dilemma for the Jewish pacifists. How would the women respond? Some decided to fight the evil of Nazism, but some resolved to continue peace negotiations. In 1933, pacifists were amongst the first people rounded up by the Nazis in Germany. By the time World War II broke out, most Jewish groups had changed their position to against pacifism. Some women still couldn’t support the war efforts, such as volunteering for the Red Cross, and one woman, Rebecca Hourwich Reyher, moved to the Dominican Republic to help the Jewish refugees arriving to rural Sosúa.

The prevailing view of women’s activism is that it was dormant from 1920 to 1960. Dr. Klapper has shown with her meticulous scholarship that it was not so.