Shavuot is like sealing the deal on a marriage contract. It is the celebration of G-d’s giving of the Torah to the Jews at Mount Sinai. This is the moment when the Jews became a nation, when they accepted G-d’s commandments and pledged to be “a kingdom of priests and a holy nation,” (Exodus 19:6). Like any other wedding, the most important question is, “What did they eat?”

Rice-milk pudding recipe after the jump. 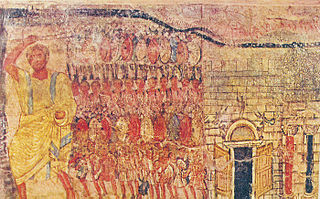 In Exodus 33:3, G-d tells Moses to go to the land which had been promised to Abraham, Isaac, and Jacob, “Unto a land flowing with milk and honey.” It is said that when G-d gave the Torah, there was no time to perform kosher shechita (slaughter), and immersion of meat in salt water. The Ancient Israelites celebrated with a dairy meal. It is still traditional to serve dairy dishes on the first night of Shavuot.

One of the most popular desserts among Jews of the Middle East is the Sutlage (in Turkey and the Balkans), or Muhallabeya (in North Africa). It is a milk pudding prepared with ground rice. The basic rice pudding is a blank canvas to which each celebrant adds his or her own special garnish.

It is traditional to serve this rice-milk pudding chilled. This recipe is naturally gluten-free.