You are here: Home / Uncategorized / Ameinu Welcomes Decision to Allow Women to Pray at Western Wall 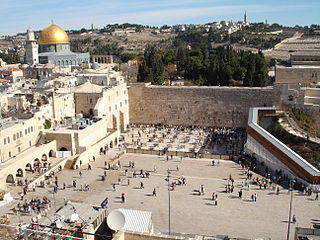 Ameinu, the leading progressive Zionist membership organization in North America, welcomes the decision rendered by the Jerusalem District Court ruling that there is no basis for the detention of women for praying at the Western Wall.

Members of Women of the Wall — an organization devoted to achieving the right for women to pray, wear prayer shawls and read from the Torah at the Western Wall — have previously been arrested for trying to exercise this religious right.

“This ruling is an extremely positive step towards greater religious pluralism and inclusiveness in Israel,” said Ameinu President Kenneth Bob.

The ultra-Orthodox monopoly over the Kotel must end. However, it is part of a larger problem of Orthodox control over many aspects of Israeli life. That must end as well and all streams of Judaism must be recognized as equally legitimate.

The legal ruling today follows the announcement by Jewish Agency Chairman Natan Sharansky of plans to create a space for egalitarian prayer at the Wall. This plan was approved by Israel’s Prime Minister Benjamin Netanyahu.

“We are heartened by these recent events and look forward to praying at the Kotel with our friends and colleagues from Women of the Wall. Mazal Tov to them and to the State of Israel,” Bob concluded.