You are here: Home / Uncategorized / Recap: Passover in Our Community

During the last two weeks, Jewish organizations held both local Passover events in Philadelphia and national events in Washington D.C.

With 600,000 women and young children slated to be cut off from vital nutrition assistance, the Jewish Council for Public Affairs (JCPA) and MAZON: A Jewish Response to Hunger (MAZON) hosted Members of Congress, Administration officials, and national faith and anti-poverty leaders at the National Hunger Seder today at the U.S. Capitol Visitor’s Center. Seder participants made the case for protecting and strengthening funding for the Special Supplemental Nutrition Program for Women, Children and Infants (WIC) by replacing the arbitrary cuts of the sequester with more responsible alternatives.

More Passover stories after the jump. 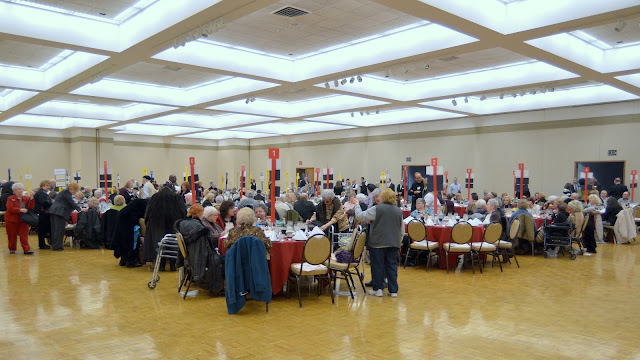 The Golden Slipper Clubs & Charities’ (GSC) tradition of holding a Passover Seder for the senior Jewish community continued in 2013. This year’s Seder took place at Har Zion Temple in Gladwyne. Over 400 seniors enjoyed the Seder, as thousands of others have over Golden Slipper’s 90-plus year history. Each year, approximately 40 Golden Slipper members volunteer and/or attend the Seder. They organize transportation of the seniors from various centers including the Golden Slipper Center for Seniors, Klein JCC, Tabas House, and Ner Zedek-Ezreth in Northeast Philadelphia and as far away as Saltzman-Dubin House in New Jersey. They ride buses with the guests, escort them to the tables, set up, clean up, and sponsor tables and donate goods and services.

In this photo, Rabbi Sandra Berliner (left) explains the symbolism of the Seder plate to Hyman Jacobs, of Northeast Philadelphia, (second from right) during the Klein JCC’s community Seder also in Northeast. Sharing the holiday moment are Shelley Geltzer, adult services director at the Klein JCC (second from left) and Cantor Scott Borsky (right). Jacobs was among the 400 area seniors who participated in the JCC’s pre-holiday Passover program.