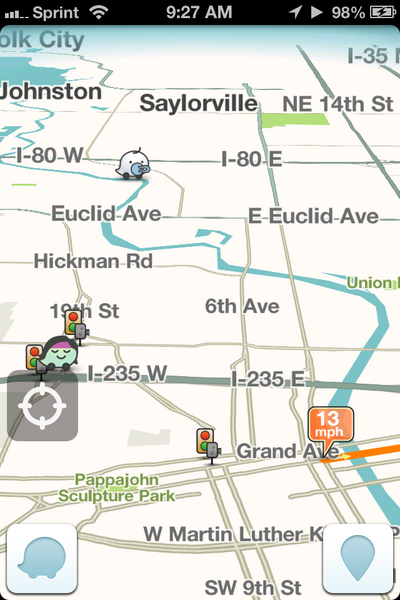 “This is a huge win for our community — thanks Wazers, for making us number 1!”, Waze wrote on its Facebook page. The company added: “It takes 40 million drivers to make a great service that impacts the world, and that’s just the beginning. Imagine what we’ll able to do at 100 million.”

The awards, presented yesterday by British funnyman David Walliams, are part of the Mobile World Congress taking place in Barcelona. The congress said the awards “recognize and celebrate all the contributions made to the ever-evolving and developing mobile industry.”

Waze benefited hugely from the Apple Maps app fiasco last year, with thousands across the world complaining about the app’s flaws. Amazingly, Apple’s CEO Tim Cook even recommended Waze as a good alternative. And it seems many took his advice. In total, 36 million Waze drivers in 110 countries shared 90 million user reports (including traffic and road condition alerts) last year.

Waze was founded in 2008 by Uri Levine, Ehud Shabtai and Amir Shinar and is led by CEO Noam Bardin.

This article was first published on NoCamels.com – Israeli Innovation News.