And it came to pass in the third year of the reign of the tall, swarthy king from the distant islands of the great Western Sea, that a multitude of foes sought to depose him, saying, “By my life and the lives of my ancestors, he shall not reign for another four years.” And the king, who was not descended from the Angles and the Saxons, but bore a name that resembled the language of the Israelites, a middle name from the language of the Ishmaelites, and a family name from the language of the Hamites (some would say, from the language of the Celts), accepted the challenge and did struggle valiantly to retain his throne. Among the multitude of foes were two bounders named Rick, one from the northern province of Pennsylvania in the district called Alabama. This Rick was renowned for his misconception (pun intended) of the workings of the female body. The other Rick sought to separate his great southern realm from the vast expanse of territory extending from the great Western Sea to the great Eastern Sea, to the frozen northwest and to the islands whence arose King Barack who had replaced King Dubya. 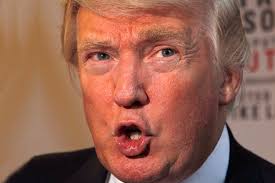 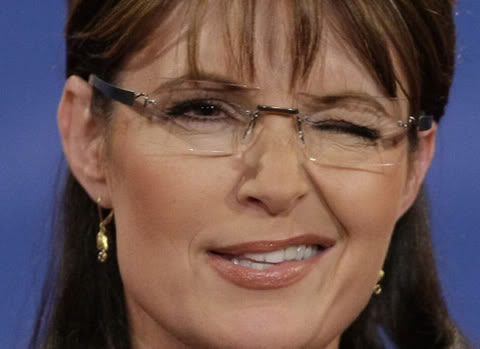 Lo, it became evident to the great masses that those who would depose King Barack possessed the level of wisdom of the woman from the frozen northwestern peninsula who bore the name of the Matriarch Sarah. Are not the strange names of her offspring recorded in the chronicles of the Megillah for 5769? She was the mother of Track and Trig and the grandmother of Tripp born unto her daughter Calc. There are those who say that the names were inspired by an easterner of copious hair called Trump. He, too, sought to unseat the king, claiming that the king was not native born and, therefore, unworthy of ascending the throne. He was supported in his contention by many Sons of Belial, that is despicable scoundrels.

And it came to pass that the foes of the king strove for many months to select a worthy opponent, and they chose Willard son of George the Mormonite, also known as Mitt. And the Lord had blessed Willard the Mormonite, also known as Mitt, with great wealth so that he was able to purchase a luxurious chariot for his wife which could be lifted to the second story of their palace by the great Western Sea. And he did challenge Rick of the great southern realm to a wager of ten thousand sheqels, which for Willard was like small coins. And it came to pass that Willard the Mormonite was enabled to raise myriads upon myriads of sheqels in his quest to depose the king, but, alas, the myriads of sheqels did not suffice to achieve his purpose.

And it came to pass on the twenty-first day of Heshvan, corresponding to the sixth day of the eleventh month according to the reckoning of the nations, that the people of the vast land between the Great Seas, the distant islands, and the frozen northwestern peninsula did raise their voices and did proclaim Barack king for another four years. Whereupon the Israelites who supported the king’s opponents did lament and wail in the language of their forebears: “Aroisgevorfene gelt!” (that is, money thrown away). And there was deep mourning in their ranks. But for the king and his cohorts there was joy and exultation and the voluble singing of Halleluyah. And Willard the Mormonite disappeared from view and few were dismayed.