You are here: Home / Uncategorized / Tomorrow: Multi-Religious Pray-In For Climate At The White House 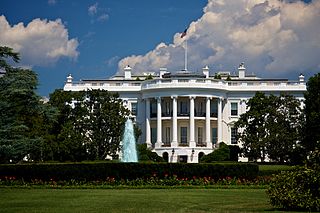 The Interfaith Moral Action on Climate will hold tomorrow (Tuesday) a multi-religious Pray-in for the Climate at the White House. The Pray-in will gather at the New York Avenue Presbyterian Church, three short blocks from the White House. Speakers there will include

More after the jump.
At the White House Pray-in itself, leaders of various religious communities will speak from their spiritual truth and from diverse Scriptures in a ceremony that will move from Calls to Prayer into three aspects of religious commitment:

Some will then choose an act of prayerful civil disobedience, while others will choose a stance of prayerful witness.

For months, various politicians have been warning us of the dire effects on our grandchildren of the federal deficit and insisting that when the Fiscal Cliff arrives this winter we must drastically cut Federal spending on schools, our infrastructure of bridges and sewers and railroads, medic aid, and renewable energy.

For me, grandchildren are not a political abstraction. I have five of them, ranging from three years old to twelve. When I imagine their futures, I am much more worried about how empty-headed education, worsening health, a rotting infrastructure, and especially more disasters like Superstorm Sandy will affect them.

Much more dangerous than the Fiscal Cliff is the Climate Cliff we are facing, as the growing number of extreme weather events — superstorms, fierce floods, drastic droughts — wound us and warn us.

Our religious communities should join with labor unions, small businesses, PTA’s, coops, neighborhood associations, and our college faculty and students to demand a set of changes that will sow the seeds of greater change, by cutting the power of the Carbon Lords and committing the President and Congress to vigorous action. If we go over the Climate Cliff now, my grandchildren — our grandchildren — will live in misery and suffering.