The AP reported that an Iranian lawmaker admitted that the international sanctions movement led by President Barack Obama has caused a devastating 45% drop in Iran’s oil revenue. According to the AP:

Iran is under U.N. sanctions and Western oil, banking and trade restrictions over its refusal to halt uranium enrichment, which is a potential pathway for nuclear weapons development. The U.S. and its allies believe Iran might be on a path toward producing nuclear bombs. […]

Kateb said details of the steep revenue drop emerged Monday in a report by Oil Minister Rostam Qasemi to the parliament on the status of crude oil and liquid gas sales.

‘On the basis of the report, oil sales are down 40 percent and income has dropped 45 percent in the last nine months,’ Kateb was quoted by the semiofficial ISNA news agency as saying. […]

The government is already facing a cash crunch from the drop in oil revenues as a result of Western sanctions that Iran calls it an ‘economic war.’ […]

In another sign of the effectiveness of the sanctions, most flights operated by Iranian airlines to domestic and international destinations have been cancelled because of unpaid debts. […]

Iranian airlines nearly doubled prices of plane tickets in November because of higher fuel prices and the plunging value of the Iranian rial against foreign currencies. 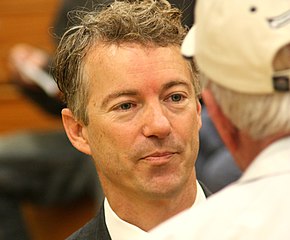 On his current trip to the Middle East, Senator Rand Paul (R-KY) — who is among the newest members to the Senate Foreign Relations Committee — said that he would like to see “gradual” cuts to Israel’s aid.

[Senator Paul] said he favored a gradual reduction of US foreign aid, which he said stands at approximately $30 billion a year.

About $3b. goes to Israel annually in military aid, 74 percent of which must be spent in the US.

‘I’m all for gradualism,’ he said. ‘I would start a little more quickly with those who are enemies of Israel, and enemies of the US. I would like to see their aid end more quickly. With regards to Israel, it could be a gradual phenomenon.’

“As we’ve said many times before, Senator Paul’s misguided views on aid to Israel are plain wrong and do not reflect the myriad benefits that come from American assistance to Israel,” said NJDC President and CEO David A. Harris.

As we predicted on Friday, Paul’s appointment to the Senate Foreign Relations Committee would give him a bigger platform from which to spout his radical views. It appears that we were correct — and pro-Israel Republicans are utterly failing to intervene. Now is as good a time as any for them to take a stand against Paul’s dangerous vision for Israel’s aid — as many pro-Israel Democratic senators did when he first started pushing for cuts to Israel’s aid.