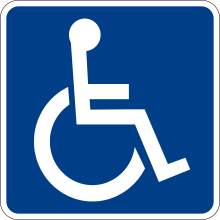 Washington, D.C.- (December 4, 2012) – The Jewish Council for Public Affairs and the Interfaith Disability Advocacy Coalition gathered on Capitol Hill today to speak out in support of the Social Security Disability Insurance (SSDI) benefits program.  The program, an important lifeline for Americans unable to work due to illness or injury, has been under attack from critics. The two groups will dispel myths about the program being widely abused and wasteful and push to ensure that SSDI is not a victim of fiscal cliff negotiations.

As a nation, we need to be committed to ensuring that when Americans become unable to work due to illness or accident, there is a safety net,” said Rabbi Steve Gutow, President and CEO of JCPA.  “SSDI is literally a lifeline for millions of Americans.  People who collect disability insurance have paid into the system and therefore it is critical that the benefits they have earned are available in their time of need.  Recent political attacks on SSDI are misguided at best. And now, as Congress and the President find ways to negotiate away from the fiscal cliff, we hope they will remember that SSDI is a critical program that must be protected.

Some key facts about SSDI:

Recently released data from the Department of Agriculture and the 2011 Census show that while 46.2 million Americans lived in poverty in 2011, safety net programs like SNAP (Supplemental Nutrition Assistance Program, formerly food stamps) have been effective in preventing many families and individuals from falling into deeper economic peril, said the Jewish Council for Public Affairs.

We continue to be saddened by just how many have been living in poverty but are encouraged by the success of programs like SNAP and unemployment insurance at keeping many out of more dire straits,” said JCPA President Rabbi Steve Gutow. “Even as the poverty numbers remained high in 2011, studies of the data have shown that if you accounted for SNAP dollars, it would show 3.9 million fewer people in poverty, including 1.7 million children. Without UI, 2.3 million more people would be in poverty. That means millions saved from the harder decisions like giving up meals or leaving their homes.

According to the 2011 Data, 15% of Americans lived in poverty last year, roughly equal to the number of households with food insecurity.

Times of high poverty, as we have experienced over the last few years, are exactly when our anti-poverty programs are expected to respond the most. The effectiveness of that response is evident in this data, said JCPA Chair Larry Gold. It is perverse then to propose, as many have, to cut programs designed to meet the needs of those looking for work or unable to afford food even as poverty remains high. Through the JCPA’s Confronting Poverty campaign, we have mobilized the Jewish communities across the country to recognize and defend the value of programs like SNAP and UI against severe budgetary cuts. It is impossible to look at this data and think we would be better off had we abandoned those in need and failed to support programs that provide critical assistance when it is needed most.

To mobilize the Jewish community in support of the SNAP program and elevate a strong Jewish voice in response to the crisis of hunger in the United States, the JCPA is helping to lead the 2012 Jewish Community Food Stamp Challenge together with MAZON: A Jewish Response to Hunger, the Rabbinical Assembly, the United Synagogue of Conservative Judaism, the Union for Reform Judaism, the Central Conference of American Rabbis, the Reconstructionist Rabbinical Association, Uri L’Tzedek, American Conference of Cantors, and the Cantors Assembly.  Rabbis and cantors in communities across the country representing all four major denominations are committing to living for one week on a food budget of $31.50, the average allotment for individuals on SNAP (Supplemental Nutrition Assistance Program, formerly SNAP), as part of the 2012 Jewish Community Food Stamp Challenge, running from the lead-up to the High Holy Days starting September 7 and continuing through Thanksgiving.  More information about this effort can be found here.