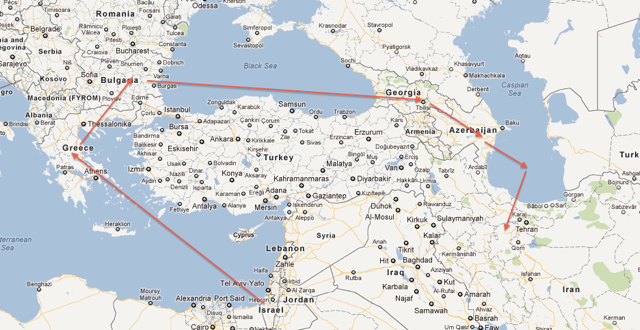 Last week, a noted “anti-Israel warrior” perpetuated a myth regarding Israel’s strategic relationship with Azerbaijan. Over the weekend, Israel’s Ynet reported that the White House flatly denied any role in the story and threatened to prosecute the source:

The sources said that the White House had ‘no interest’ in leaks of this kind, adding that the administration would ‘gladly prosecute’ the people behind it — if they knew who they were….

Israeli military analysts also debunked the substance of the story. According to The Times of Israel:

‘No one seems to have raised the real questions before rushing to publish or quote the Perry-tale,’ Yaari wrote on Sunday in The Times of Israel. ‘Elementary, Mr. Perry: How would the Israeli Air Force reach those airbases in Azerbaijan? Are the Israelis going to get a permit from Mr. Erdogan to fly over Turkey on their way to hit Iran? Does it make any sense? Or, alternatively, does Perry want us to believe that the Israelis will choose to bypass Turkey on their secret mission via the longer route over Greece and Bulgaria, thus becoming fully exposed to Russian radar in the Black Sea? Take a look at the map, Mr. Perry — there is no other way for the Israelis to get to Azerbaijan!’

Brom added: ‘It is known that Mark Perry is not a huge fan of Israel. What probably happened is that he took a kernel of truth — that Israel and Azerbaijan have good bilateral cooperation, just like Israel has many other strategic alliances in the world, for example with India — and turned it into something that is it not, which is military cooperation on a strike on Iran.’

The fact that Azerbaijan maintains close relations with Israel — including big arms and oil deals — does not justify flights of fantasy. Serious debate requires down-to-earth discussion based on facts and then a grain of common sense. The discourse about the way to tackle Iran’s nuclear challenge is far too fateful to allow it to be hijacked by the likes of ‘author and historian’ Mark Perry.