You are here: Home / Israel / The Anti-Israel Movement: BDS On Campus

This weekend, on the campus of the University of Pennsylvania, a conference will be held. The gathering, which the University is hosting, has been arranged by a group which is identified by the acronym BDS. BDS refers to the movement dedicated to punishing, vilifying and delegitimizing the State of Israel in three ways.

The members of this group are united in their belief that Israel is among the most evil and discriminatory societies in the world. Likened in many ways to South Africa under apartheid, Israel, they claim, is a racist society, denying basic human rights to Arabs living under her jurisdiction. Israel is viewed as a fascist nation, using its great military strength to occupy Palestinian land. And Israel is a country whose claim of sovereignty is suspicious at best. Her claim of independence came as the result of an illegitimate war which resulted in Palestinians being driven from their homeland. The Jewish state, they believe, was established at the expense of the Palestinians. For the members of the BDS movement, the existence of the State of Israel is an unfortunate blemish which afflicts the Middle East, if not the entire world. Unable to destroy or dismantle the Jewish state, the BDS movement and its supporters are committed to punishing and harming the government and the people of Israel for the many crimes against humanity which they have committed. This is the BDS narrative.

Given the fact that a conference, attended by people who see the world in this way and who judge Israel in such odious terms, will be held, what sort of response would be appropriate? One suggestion would be to counter, point by point the various inaccuracies, if not outright lies, which make up the narrative of this group. Another response might be to invoke history in order to provide some balance and perspective to these one-sided invectives. Finally, some who find these claims particularly disturbing and unsettling might be drawn into confrontations and counter-demonstrations. All of these responses, to be sure, are motivated by a desire for fact and truth to triumph over lies and distortions and by a sense of anger and indignation. I understand these responses. But my response is motivated instead by a sense of sorrow, by a sense of sadness at the level of unvarnished prejudice against Israel and my perception of the need to provide a voice of moderation.

I believe that Israel is a wonderful country, the world’s only safe haven for the Jewish people. But Israel is also a country established with the intent of creating a society permeated by Jewish values, a society in which individual freedom, dignity and human rights are woven into the fabric of daily life. I understand that Israel is far from perfect. I understand that Israeli society does not always live up to its own stated ideals and that criticism of Israel is often justified. What is not justified, however, is to single out and demonize Israel, and only Israel, as the villain of the Middle East and of the world.

The first problem that I have with the BDS movement is not their claim that Israel is a flawed society and in serious need of repair. My problem is that they look exclusively at Israel, pointing only at Israel when they see flaws, injustices and inequalities. How ironic it is that at the very time a BDS conference condemning Israel is on campus, the government of Syria, using that country’s military forces, is slaughtering its own people. Still, it is only Israel which is accused of denying its citizens their human rights and freedoms. Throughout the Arab world, the “Arab Spring” has revealed for all to see, the autocratic, ruthless and authoritarian leaders and governments which oppress their own people. Where is the outrage of BDS with respect to Syria? Instead, it is Israel which they choose to vilify. My first response to BDS is to point out the blatant one-sidedness and unfairness of the movement. Israel should not be considered beyond criticism or critique. But, while Israel is criticized, other offending countries of the world cannot be given a free pass, if not completely white-washed.

The desire to vilify and demonize only Israel is the hallmark of those who hate Israel and, in many cases, those who hate Jews. The distinction today between anti-Zionism and anti-Semitism is perilously unclear, if there is a distinction at all. Under the banner of BDS, therefore, are people who are extreme in their emotions, their beliefs and their hatreds. The second response I have to the BDS movement is that, despite the claim of its organizers, the result of such a gathering is to invite and mobilize extremism into a situation which begs for moderation. If there is going to be peace in the Middle East, if Israel and its neighbors will ever find a formula which will enable them to coexist peacefully, that will only occur if voices of moderation dominate the discussion. By encouraging and inviting extremism, the BDS movement has revealed its own preference for a world, at best in ongoing turmoil and, at worst, a world without Israel.

Lastly, I appreciate the fact that the president of the University of Pennsylvania has tried to distance the university from both the conference and from those who support it by stating her disapproval with the goals and rationale of the conference. But the university has refused to prevent the conference from taking place, citing as its reasons freedom of speech and academic freedom. I understand, from the perspective of the University, the dilemma which this conference causes. Nevertheless, leaders must be able to see not only the issues before them at that moment, but the implications of those issues in the future. I believe that, in the future, this conference at the University of Pennsylvania will be identified not only as a political gathering but as movement given legitimacy by the world of academia. 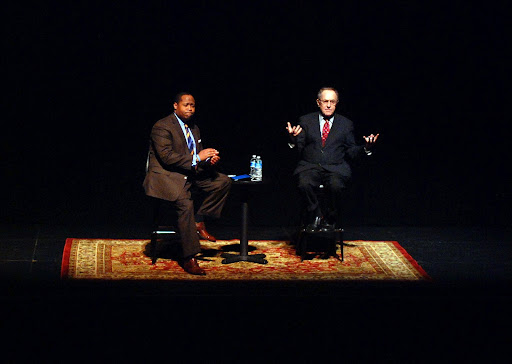 I do not believe that rallying our forces against the voices of BDS would be productive, effective or persuasive. Instead, I’ll be going to the campus of the University this evening in order to hear Prof. Alan Dershowitz who will, I am certain, speak both forcefully and passionately about our support of Israel as the only real democracy in the Middle East. I will continue to support the efforts of our students and institutions which support and advocate for the State of Israel. Within our congregation, I shall continue to encourage and stimulate conversations which focus on the values that we cherish and on the narrative which is ours. In all of our conversations, I hope to preserve the tenor of moderation which, in the end, will be the tenor through which a future of peace can be envisioned. But, today I feel sadness, that those whose hatred for Israel, those whose extreme and disingenuous views about Israel, are hosted and given legitimacy on the campus of the University of Pennsylvania and on so many other campuses around the country. I and we would be naïve to think that this movement will begin and end here.

Rabbi Cooper and his wife Lori have three children and four grandchildren.

Rabbi Cooper can be contacted at [email protected]