You are here: Home / Uncategorized / Separate Fact from Fiction of Obama’s Israel Record 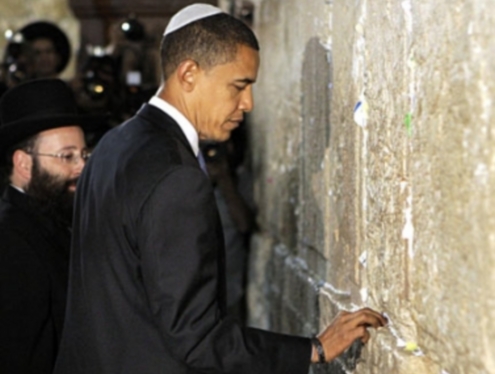 Pro-Israel activist Steve Sheffey wrote an opinion piece for The Jerusalem Post warning about the false smears likely to be spread by right-wingers against President Barack Obama’s strong pro-Israel record as the presidential campaign heats up.

The campaign to delegitimize President Obama in the eyes of pro-Israel voters will only intensify between now and November 6….

Opponents of territorial compromise and Americans who use concern for Israel to mask concern about paying their fair share of taxes compose most of the 20-25 percent of Jews who vote Republican. But that’s not enough to win an election; hence their efforts to distort President Obama’s record on Israel. Most Jews support the Democratic domestic agenda, so if there is no reason to oppose the president based on Israel, there is no reason to oppose him at all.

Obama has called for the removal of Syrian President Bashar Assad, ordered the successful assassination of Osama bin-Laden, done more than any other president to stop Iran’s illicit nuclear program, restored Israel’s qualitative military edge after years of erosion under the previous administration, increased security assistance to Israel to record levels, boycotted Durban II and Durban III, taken US Israel military and intelligence cooperation to unprecedented levels, cast his only veto in the UN against the one-sided anti-Israel Security Council resolution, opposed the Goldstone Report, stood with Israel against the Gaza flotilla, and is mounting a diplomatic crusade against the unilateral declaration of a Palestinian state.

More after the jump.
According to Sheffey, Obama’s detractors will attempt to delegitimize his extensive commitment to Israel’s security through the techniques of “repetition of falsehoods,” “baseless speculation,” and “guilt by association”-all of which have been engaged in before. Sheffey simplifies the situation as merely one of separating the facts of Obama’s actions from the fiction perpetuated by his opponents:

President Obama has surrounded himself with pro-Israel advisers, from Hillary Clinton to Dan Shapiro to Joe Biden to Rahm Emanuel. Yet we still hear about alleged influences from Obama’s past. Obama has been president for nearly three years. Evaluate President Obama the way the pro- Israel community has always evaluated our leaders and representatives: by looking at what they’ve done, not by trying to read their minds or via conjectures about influences that are impossible to prove or disprove.

If unprecedented military cooperation between the US and Israel, unambiguous opposition to a unilateral declaration of a Palestinian state, and unrelenting defense of Israel in international forums is what happens when someone knows Jeremiah Wright, we ought to send all our candidates to his church. President Obama’s record proves that he is one of the best friends of Israel ever to occupy the White House. The only question is whether attempts to manipulate the emotions of pro-Israel voters by distorting the president’s record will succeed. The answer depends on our ability to separate fact from fiction.