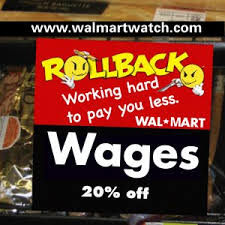 We are disappointed by today’s Supreme Court decision depriving more than one million current and former female Wal-Mart employees of their right to sue the company in a class action lawsuit. Although all nine justices agreed on a technicality about the way the class was certified, a narrow majority of five justices was willing to go even further and assert that the female employees do not have enough in common to sue as a class. We find this analysis troubling because it suggests that a large employer such as Wal-Mart can escape accountability simply because the sheer size of its workforce makes it difficult to ascertain commonality. We believe the plaintiffs presented clear evidence of a disturbing pattern of gender-based pay and promotion discrimination at Wal-Mart that should have qualified them to sue as a class under Title VII of the Civil Rights Act of 1964.

We are also deeply concerned about the potential impact of the Wal-Mart Stores v. Dukes ruling on the future of class action lawsuits, which are essential to addressing the many forms of discrimination that still exist in the United States-and that Title VII of the Civil Rights Act was designed to eliminate. Guided by our long history of supporting civil rights for all and our strong support of Title VII of the Civil Rights Act, the Reform Movement joined an amicus brief urging the Supreme Court to allow the case to proceed as a class action lawsuit.

The full implications of today’s decision are far from clear, but one thing is certain: Women deserve equal pay for equal work, and today the Supreme Court made it harder for that to happen.