You are here: Home / Uncategorized / Take A Walk Through Philadelphia’s Jewish History 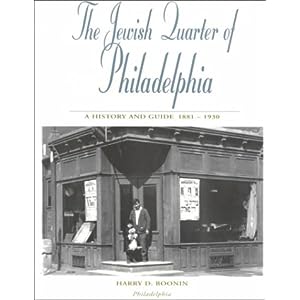 Enjoy the warmer weather by strolling through Philadelphia’s historic Jewish neighborhoods. If you come from Philadelphia, chances are that you once had a close family member living in the Jewish Quarter. Take a tour of memories when South Street was the center of Jewish life in the trendy part of Philadelphia now called Society Hill.

Professionally, I lead tours of Jewish Historic Philadelphia, and this is what LimmudPhilly hired me to do. As a presenter at the LimmudPhilly held in February, I felt like I learned as much as I taught.

The participants were a varied group in age, gender and knowledge.  Some added their experience, some simply took in each word with relish.

Hired by AJC in 1995 by Murray Friedman, I am the link with “continuity of identity” that is part of the mission of this great organization.  Actually my husband always says my mission is to convince people that everyone in the history of the city is Jewish.  He might have a point.

We started our walk at the Gershman Y at Broad and Pine Streets, and made our way to the Mikveh Israel Cemetery.  It is a hidden treasure with some notable Philadelphians buried there, including Rebecca Gratz and Haym Saloman, as well as more than twenty war veterans  —  Revolutionary War veterans, that is.

We then headed to the old Jewish Quarter of the city —  a small area which was actually a ghetto without walls within our city from 1892-1920.  We talked in front of the 4 remaining synagogues,  several old businesses that
once flourished, and an old “shvitz” or two for good measure.

As I get older, my religion means more to me.  If we could get this feeling as children, how wonderful our future would look as a people.  Limmud is helping to generate this feeling.  Keep up the good work!