You are here: Home / Archives for Yanklowitz

Before Rosh Hashanah, Jewish groups expressed support for President Obama’s plan for a military response to the use of chemical weapons in Syria, and urged Congress to authorize the action.

The United States has a moral obligation to enforce a global norm against using chemical weapons. It is in the national security interest of the United States to prevent the use and spread of chemical weapons and other weapons of mass destruction by Syria, Iran or terrorist organizations that are surely monitoring the situation. A U.S. military response would send a clear message that no one can engage in this depraved activity.

We urge bipartisan Congressional authorization for the White House proposal, sending a message that the immoral use of these chemical weapons of mass destruction will not be tolerated.

We need to be clear about what is at stake here. This is not about choosing sides in Syria’s civil war or starting a war with Syria. This is about deterring the Assad regime from using chemical weapons again. The US should send a message to the world that the use of these horrible weapons is unacceptable and that the consequences of using weapons of mass destruction will always outweigh any perceived benefit.

For over two years now, Syria’s President Bashar al-Assad has proven himself unfit to rule his country, choosing to meet political protest and armed resistance with the massacre of tens of thousands of civilians. Now, with persuasive evidence that he has used large amounts of sarin gas in violation of the Chemical Weapons Convention (CWC), other international treaties and basic human decency, Assad himself has invited retaliation. The President’s plan is a clear message that we will no longer watch on the sidelines as civilians are gassed.

The use of force is never arrived at lightly. But given Assad’s indifference to the worldwide consensus that chemical weapons are too barbaric to use even against combatants, let alone civilians, he must face the consequences. We support President Obama’s decision to launch a targeted and limited military response. It will communicate to Assad and any others tempted to use or acquire weapons of mass destruction that the United States stands by our warnings and our values. The Congress should act quickly to authorize the action. We also strongly urge the United States and international community to enhance humanitarian aid to the millions of refugees fleeing Assad’s reign of terror. 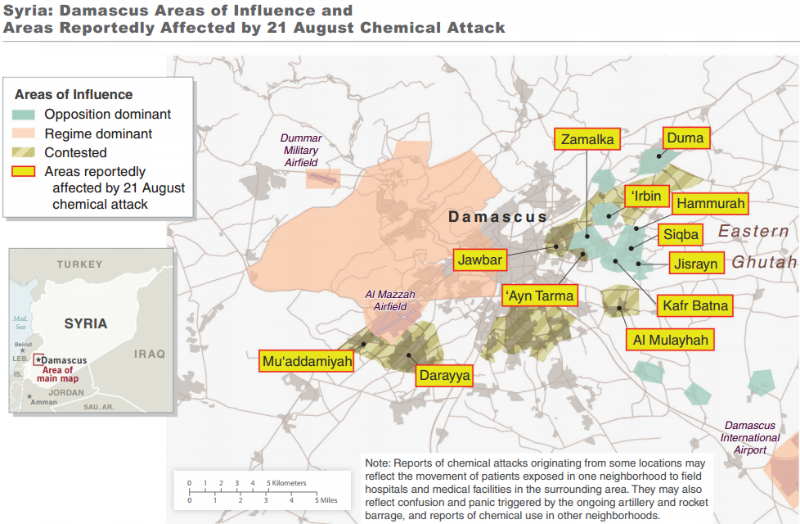 A group of prominent American rabbis and Jewish leaders from the Orthodox, Reform and Conservative denominations of Judaism petitioned Congress last Tuesday. Evoking memories of the Holocaust, the rabbis stated that Congressional approval would deter enablers of atrocity and save thousands of lives.

“Regardless of politics or denomination, the Jewish community has an instinctive response when we see that hundreds of children have been gassed to death,” said Yanklowitz. “That response is one of sympathy and a desire to protect the innocent. That response is in our DNA.”

The full text of the petition is included below:

We write you as descendants of Holocaust survivors and refugees, whose ancestors were gassed to death in concentration camps. We write you as a people who have faced persecution for many centuries, and are glad to have found a safe refuge where we can thrive in the United States. We write as a people proud of our religious and historical tradition of helping the needy and defending the weak.

The recent chemical weapons attacks on the Damascus suburbs constitute a serious crime against humanity. These attacks killed upwards of 1400 people, the majority of them innocent women and children. As a people who themselves once faced the horrors of genocide and survived, we had hoped that we would never again open our newspapers to images of mass graves filled with suffocated young children. Now that we have seen such images coming from Syria, we call upon you to act.

Intelligence assessments from the U.S., U.K. France, Israel, Turkey, the Arab League, and many other allies all show conclusively that the Assad regime was responsible for the horrific chemical attacks of August 21st. We fear that if this attack passes without a decisive response, we might open our newspapers to more images of mass graves from Syria – and elsewhere — in the near future. We have learned from our own history that inaction and silence are the greatest enablers of human atrocity.

For this reason, we call upon you with great urgency to authorize the President to use force in Syria “in connection with the use of chemical weapons or other weapons of mass destruction,” as outlined in his August 31st draft legislation. Through this act, Congress has the capacity to save thousands of lives.

These are the Days of Awe for the Jewish people. In one of the climactic moments of our High Holiday prayers, we read “On Rosh Hashanah it is written, and on Yom Kippur it is sealed, who will pass and who will be created, who will live and who will die, who in his time and who before his time.” May this coming year be one of life and creation the world over, in which we cease to witness the deaths of so many innocent human beings.

“The first incidence of food justice occurred in the Garden of Eden,” said Rabbi Shmuly Yanklowitz, “when Adam and Eve chose to defy divine prohibition and ate from the Tree of Knowledge of Good and Evil. This moral consciousness formed the basis of Jewish ethical system and it was a matter of food choice.”

Yanklowitz spoke on April 15 at a symposium titled “How Kosher is Kosher?,” as part of the “What Is Your Food Worth” series, hosted at Temple University and coordinated by its Feinstein Center for American Jewish History.

Rav Shmuly, as he’s known, burst onto the Jewish communal arena five years ago, after the scandal of Postville, Iowa, where federal agents conducted the largest immigration raid in United States’ history at the Agri-Processors kosher slaughterhouse. The agents rounded up illegal migrant workers who had been abused, threatened, and paid below-minimum wages. At the time, Agri-Processors slaughtered 60 percent of the nation’s kosher beef and 40 percent of the kosher chicken. Rabbinical students at the time, Shmuly and Ari Hart, had founded Uri L’Tzedek the year before, which then launched an international boycott, signed up 2,000 rabbis and community leaders, and demanded transparency in worker standards.

More after the jump.
Uri L’Tzedek’s major contribution to Jewish social justice has been Tav HaYosher, an ethical seal certifying fair and just labor condition. Relying solely on volunteers in order to assure compliance, 100 food establishments now display the certification, and thereby declare that they provide their workers with a minimum wage at least, overtime payment and time off. Rav Shmuly said that one of Judaism’s greatest gifts to the world is Shabbat, incorporating the concepts of worker justice and animal welfare (giving both human workers and animals a day of rest), but a gap remains.

While the British philosopher David Hume famously declared that we care more about the stubbing of our toe than someone dying around the world, Rabbi Shmuly claims that today we are more aware than ever of the suffering in the world and it is time to expand our understanding of kashrut, the Jewish dietary laws, to include social justice and animal welfare.

Kashrut, said Rabbi Shmuly, is a powerful vehicle for social change, because we control the kosher industry with our purchasing power. Unlike the Conservative Hechser Tzedek (renamed Magen Tzedek), Tav HaYosher does not work directly with the kosher supervising agencies, for several reasons: the mashgichim, kosher supervisors, might be biased, they are not trained to look for ethical practices, and they might not be sensitive to the issues.

However, Shmuly cites an incident involving Rav Israel Salanter, the founder of the Musar movement of ethical conduct: when Rav Salanter was invited to inspect a matzah factory, he noticed that the female workers did not get a single break in the entire time of the inspection. He concluded that they were over-worked and he resolved to not sign the kosher certification. Tav HaYosher focuses on highlighting the employers who abide by ethical worker standards, bestowing its seal of approval without demanding payment from their establishments.

Creating a new social movement is an uphill struggle to convince people to think beyond their wallet and how much their food costs. Rav Shmuly spoke about Primo Levi, who wrote about the worst day of Auschwitz being after the Nazis had left and before the Allies rescuers arrived. There were no rules and no one knew what would happen. Then, the inmates found some potatoes and they shared with one another. In this way, they regained their humanity, by not simply following a foreign sense of order.

Rav Shmuly declares, “We can build a community that cares about the environment, the workers, and the animals.” His newer Shamayim V’Aretz Institute promotes animal welfare and Jewish veganism.

In 2008, The Jewish Week recognized Rav Shmuly as one of the 36 most influential Jewish leaders under the age of 36. In 2009, the United Jewish Communities named Rav Shmuly one of five “Jewish Community Heroes.” Having earned two master’s and a doctorate degree (in Moral Development and Epistemology from Columbia), Rav Shmuly is now Senior Rabbi at Kehilath Israel in Kansas and he is the author of the 2012 book Jewish Ethics & Social Justice