You are here: Home / Archives for YaleHouse 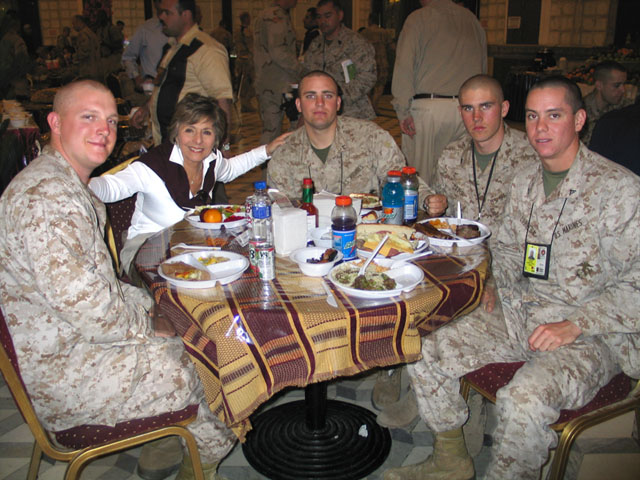 ‘It is appalling that a united House position – and common sense – weren’t enough to convince the Senate that the most at-risk areas need this security funding,’

The city that bears the starkest terrorist target on its back was competing with 64 cities for shrinking funds, from $887 million to $725 million in the budget that ran to Sept. 30, 2011. The 20 percent cut was part of the Republican-imposed budget deal reached between President Obama and members of Congress.

More after the jump.
New York House members attempted to pare down the number of eligible cities from 64 to 25 or less, but Senate members vetoed the idea, according to The NY Daily News.

U.S. Rep. Nita Lowey, a Westchester Democrat, told the News that the city would lose $27 million because of the large number of competitors.

“It is appalling that a united House position – and common sense – weren’t enough to convince the Senate that the most at-risk areas need this security funding,” she said.

Rep. Pete King, a Long Island Republican, added, “I guess Nashville has the Grand Ole Opry, but in terms of landmarks at risk and assets being targeted, nothing comes close to New York City.”

Besides Nashville, other cities eligible to compete for anti-terror funds were Anaheim, Calif., Bridgeport, Conn., Baton Rouge, La., Omaha, Neb., Toledo, Ohio, and Richmond, Va., according to the News.

Eventually, Janet Napolitano, Secretary of Homeland Security, pared down the number of cities eligible for this money, allowing NYC to receive more funds.

It is a common practice for lawmakers to respond to a situation which mainly affects one or a few communities by spreading funds to other towns which do not need it for this purpose. That’s why state money is often allotted to wealthy as well as poor school districts.

As a result, senators from a large state must concede even more than they would if the Senate was based on proportionate representation.

Barbara Boxer and Larry Craig served in the Senate simultaneously for 16 years. Craig, first elected in 1990, retired in disgrace in 2008, after he made some unusual gestures to an undercover police officer in the next toilet stall at a Minneapolis airport restroom.

In her 2004 re-election bid, Boxer achieved bragging rights to winning more votes – 6.9 million – than any senator in American history. She certainly won more votes than many of our earlier presidents. Boxer’s accomplishment can probably be attributed to her staying power and the ongoing growth of her adopted state. Faced with an aggressive opponent in 2010, Boxer could not match her 2004 record, though she was still re-elected.

California’s population is now up to 36.9 million and Idaho is home to 1.5 million, yet Boxer and Craig exercised exactly the same level of clout from 1993 (when Boxer joined the Senate) to 2009.  As a reminder, members of Congress are elected in November during an even year and assume office in early January.

This contrast exemplifies, if to an extreme degree, that the constitutional requirement of two Senate seats for each state does not work in a democratic system. It allows all the less populous states to exercise far more clout than the bigger states.

In his book “How Democratic is the American Constitution?”, Yale professor emeritus Robert A. Dahl writes, “Because the votes of U.S. senators are counted equally, in 2000 the vote of a Nevada resident for the U.S. Senate was…worth about 17 times the vote of a California resident. Surely the inequality in representation it reveals is a profound violation of the democratic idea of political equality among all citizens.”

Dahl’s book cites James Madison’s words: “The states were divided into different interests, not by their differences in size, but by other circumstances.”

Minority groups have long been impaired by this system. Dahl recounts that between 1800 and 1860 the House passed eight anti-slavery measures that were all defeated in the Senate. The South exploited its Senate power to end Reconstruction “and for another century it prevented the country from enacting federal laws to protect the most basic human rights of African Americans,” Dahl writes.

What more damage can be done if the Senate continues in its current form?

A recommendation to improve the system, detailed in a future chapter, would transform the operation from the equal number for each state to a more proportional method. The least populous states would lose one senator and senators in larger states would represent sections of each state. Depending on their size, some states would be authorized to elect more than two senators. On the surface, such changes must pass through the amendment process, which makes it appear impossible that it will ever happen.

More infuriating is the persistence of the filibuster rule which obstructs sensible legislation even more. It was born in folly and is protected in folly. We can safely compare treatment of the filibuster to Seinfeld’s Bizarro World.