You are here: Home / Archives for temple

Tisha B’Av (the 9th day of the month of Av) which we commemorate this year on August 10 – 11, reminds us that over 2,600 years ago Jews failed to heed the warnings of the prophet Jeremiah, with the result that the first Temple in Jerusalem was destroyed, the first of many negative things that occurred on that day, including the destruction of the second Temple as well.

Today there are many “Jeremiahs” warning us that now it is the entire world that is threatened by climate change, species extinction, soil erosion, destruction of tropical rain forests and other valuable habitats, and many other environmental threats. For example, as long ago as 1992, over 1,700 of the world’s leading scientists, including 104 Nobel Laureates, signed a “World Scientists Warning to Humanity,” stating that, “human beings and the natural world are on a collision course,” and that “a great change in our stewardship of the earth and the life on it is required, if vast human misery is to be avoided and our global home on this planet is not to be irretrievably mutilated.” More recently, some climate scientists are warning that we may soon reach a tipping point when climate change will spin out of control with disastrous consequences if major positive changes do not soon occur.

On Tisha B’Av, Jews fast to express their sadness over the destruction of the two Temples and to awaken us to how hungry people feel. So severe are the effects of starvation that the Book of Lamentations (4:10), which is read on Tisha B’Av, states that, “More fortunate were the victims of the sword than the victims of famine, for they pine away stricken, lacking the fruits of the field.” Yet, today over 70% of the grain grown in the United States is fed to animals destined for slaughter, as an estimated 20 million people worldwide die annually because of hunger and its effects and almost a billion of the world’s people face chronic hunger.

Jewish sages connected the word “eichah” (alas! what has befallen us?) that begins Lamentations and a word that has the same root “ayekah” (“Where art thou?”), the question addressed by God to Adam and Eve after they had eaten the forbidden fruit in the Garden of Eden. Perhaps failure to properly hear and respond to “ayekah” in terms of stating “Hineini” — here I am, ready to carry out God’s commandments so that the world will be better — causes us to eventually have to say and hear “eichah“.

The reading of the book of Lamentations on Tisha B’Av is meant to wake up the Jewish people to the need to return to God’s ways, by showing the horrors that resulted when God’s teachings were ignored. The readings on Tisha B’Av help to sensitize us so that we will hear the cries of lament and change our ways. Rabbi Yochanan stated, “Jerusalem was destroyed because the residents limited their decisions to the letter of the law of the Torah, and did not perform actions that would have gone beyond the letter of the law” (“lifnim meshurat hadin“). (Baba Metzia 30b). In this time of factory farming, climate change and other environmental threats, widespread hunger, and widespread chronic degenerative diseases, perhaps it is necessary that Jews go beyond the strict letter of the law in efforts to prevent further environmental degradation.

This Tisha B’Av, I hope that we will begin to heed its basic lesson that failure to respond to proper admonitions can lead to catastrophe. The Jewish people must make tikkun olam (the repair and healing of the planet) a major focus in Jewish life today, and consider personal and societal changes that will improve the environment. By doing this, we would be performing a great Kiddush Hashem (sanctification of God’s Name) by working to meet our mandate to be a light unto the nations.

All of us can and must contribute to this new stewardship, even with modest changes to our lifestyle. In 1999, the Union of Concerned Scientists wrote, “Just as we don’t claim that people need to stop driving their cars completely, we don’t argue that they need to stop eating meat entirely. But reductions in both areas — driving and meat consumption — will certainly benefit the environment.

In view of the many threats to humanity today, I hope that Jews will enhance their commemoration of the solemn but spiritually meaningful holiday of Tisha B’Av by making it a time to begin striving even harder to live up to Judaism’s highest moral values and teachings. One important way to do this is by applying Jewish values in efforts to shift our precious, but imperiled, planet onto a sustainable path.

Arkoosh said, “Low-wage workers are the backbone of this city, this state and this country. They need a raise so they can earn a paycheck that provides for them and for their families.”

Leach said, “The average CEO now makes 500 times more than their average worker. The economic policies give every cent to the top 1%.”

The event began with a teach-in at Rittenhouse Square where Camp Galil and Habonim Dror held an interfaith forum on minimum wage. Meanwhile, Josh Yarden spoke about the biblical and American Revolutionary roots of a “living wage,” Drew Geilebter advocated non-violent actions as a means of social change, and other groups spoke about minimum wage as a women’s issue and the economics of a $15 minimum wage.

The event’s participants marched to Independence Hall from Rittenhouse Square between 2 p.m. and 3 p.m. The Jewish Labor Committee were among the event’s organizers advocating “for higher livable wages, preferably to a $15 minimum.” 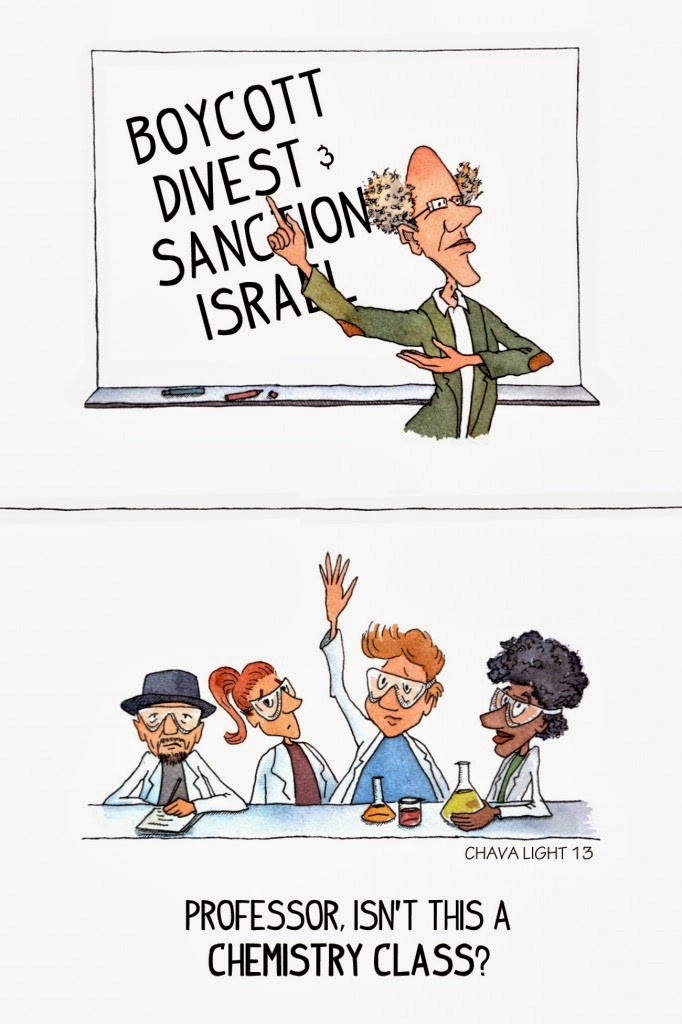 What makes food Jewish? “The iconic comfort foods of American Jews connect us with our heritage, but most of the items are not innately Jewish”, says Ariella Werden-Greenfield, a PhD. candidate in religion at Temple University. She spoke last week at the Gershman Y as part of the series on What Is Your Food Worth? coordinated by Temple’s Feinstein Center for American Jewish History. Some exceptions are bulkie rolls and matzo balls, which derive from challah and matzah, both prominent in Jewish rituals.

Jews have adapted recipes to the kosher ingredients available to them in whatever land they’ve landed. Pastrami, from the Turkish word, pastirma, we know as spiced, dried beef, but it originated in Romania where pork or mutton were instead used. The Romanian recipe arrived with the Jewish immigrants in the second half of the 19th century. In Israel, it’s made with chicken or turkey. Corned beef, a salt-cured beef, is actually Irish, but the Jewish butchers sold cuts of brisket to the Irish, so they also offered it to their brethren.

More after the jump.
Fish was not sold together with meat products and it was not easily accessible to Jews in the Old Country. The advent of the canning industry expanded the dietary options for all Americans. Jews gravitated to herring, which was familiar and cheap; whitefish, a colonial novelty from the Great Lakes; and lox and nova, from the salmon which was previously unaffordable to Jews.

Most Jewish immigrants started life in America as peddlers. Historian Hasia Diner has written (in Hungering for America: Italian, Irish, and Jewish Foodways in the Age of Migration

) about how these Jews kept kosher during their rounds. Known as “orange eaters” or “egg eaters,” they ate these items, which were kosher because they had peels, while staying at the homes of their mostly non-Jewish clients. Other Jews, as they became successful, could afford new foods and they nurtured an interest in other people’s culinary worlds.

The Settlement Cookbook, first published in 1901, introduced American recipes to new immigrants. The major food companies took notice of the spending prowess of the Jews. In 1919, Crisco introduced its vegetable shortening and single-handedly revolutionized Jewish cooking, freeing it from a reliance on chicken fat, schmaltz. Maxwell House introduced its Passover Haggadah in 1934 and Heinz offered a kosher version of its baked beans in 1923. An audience member noted that the Heinz factories are cleaned and kashered on the weekends, so the kosher line is processed on Mondays, transitioning to the rest of the company’s products later in the week. In 1965, when Hebrew National launched its slogan, “We answer to a higher authority,” in reference to Jewish dietary laws, it was both a marketing strategy and a testament that the Jews have become established members of American society.

The infamous Trefa Banquet of July 1883 that served clams, shrimp, and frog’s legs to the first graduating class of rabbis from the Hebrew Union College in Cincinnati was a clarion call by the Reform movement that they were not beholden to traditional Jewish dietary laws. An audience member suggested that Reform Jews would not be so audacious these days.

The process of assimilation also led to the delicatessen, the “temple of Jewish culture,” according to Werden-Greenfield. In “The Deli Man,” a documentary project by Erik Greenberg Anjou, the filmmaker claims that whereas 1500 Jewish delis used to be in existence, there are now only about 150 of them. This is also the message of David Sax’s 2009 book, Save the Deli: In Search of Perfect Pastrami, Crusty Rye, and the Heart of Jewish Delicatessen

. Werden-Greenfield disagrees with their dire predictions and their low estimates.

The assimilated generations of Jews have become “bagel-and-lox” Jews or gastronomic Jews who eat the foods of their ancestors as their sole connection to their heritage. The nostalgia for the Old Country have shifted to a nostalgia for the old neighborhoods of immigrants, said Werden-Greenfield, citing the ubiquitous display of photographs and memorabilia from the early 20th century in delicatessens and restaurants. As further illustration of their place in our Jewish consciousness, she recited this poem:

“By the rivers of Brooklyn, There we sat down, yea we ate hot pastrami, as we remembered Zion” by J. W. Savinar, in a play on Psalm 137:1.

Kosher became “kosher-style” where kashrut is negotiable. “How do we make sense of a young Jewish man opening restaurants [in Brooklyn] named Treife [non-kosher] and Shiksa [non-Jewish woman]?”, asked Werden-Greenfield.  “He’s still engaging with kosher laws. He’s being naughty while confirming his discomfort with his heritage.” Werden-Greenfield also asked: Which is more Jewish? Matzah that is not processed according to Jewish dietary laws, or kosher-for-Passover bread? “Jewish food,” she concluded, “is always changing, always evolving.”