You are here: Home / Archives for Siegel 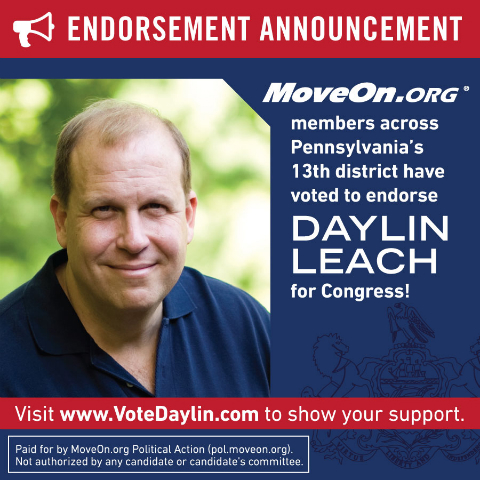 “Outside the box and over the top interesting”, is how participant Ron Siegel, described his 2012 LimmudPhilly this past weekend. “National leaders and the best of local teachers came out and gave their best. We were like drinking it up.” Exclaimed 20 and 30-something Anna and Beth Silver. Sophie Mellon added: “Just today, I learned how to encounter a homeless person in one session, Jewish traditions about creating social change in another, and then I attended a Jewish theater event, a very hot Maccabeat concert, and the discussion at lunch about Jewish values and health insurance, I learned a ton.”

Some 80 teachers and waves of participants made LimmudPhilly 2012 a profound success. Saturday night was described by many as when the Maccabeats brought everyone to their feet in the rare ecstasy of high quality concert passion that becomes great woven with soulful prayer.

Co-chairs Brian Cohen and Sara Levy and the rest of the winning leadership team ensured quality control from facilities to the incredible diversity of sessions and perspectives. From the presence of Ami Eden, head of the Jewish Telegraphic Agency, to the Shabbat prayer lab given by Syd Schwartz, a senior fellow at CLAL, to Gail Twersky Riemer, founder of the Jewish Women’s Archive, into the innovations of 24/6 a Jewish Theater Company and art forms and scholarship of every form, we all saw PhillyLimmud continuing to evolve in healthy and holy ways. Plus, Helen Plotkin ran a beit midrash par excellence. Focused volunteers, a good many teens were helping everywhere one would look.

LimmudPhilly also drew participants who love Limmud from New York, Washington, DC and beyond. Chairs from other Limmud Conferences were present, as well, taking notes. Young Limmud for the youngsters is what we all wished Hebrew school could have been.

At the Philadelphia Jewish Voice table Ronit Treatment had brought the famously kosher insect locusts for viewing, and a poster with recipes and their history in our Biblical tradition. It was wonderful meeting so many creative, engaging, spiritual and intellectually active Philadelphians.

Something to be proud of: Limmud Philly. See you next year!

— by Burt Siegel, JSPAN Board Member

Myths give comfort to people, groups and entire societies. Usually they confirm pre-existing notions and prejudices. Today an all-encompassing political debate is being waged over the belief, cherished by some, that a full economic recovery is prevented by “job killing governmental interference” of the Obama Administration, including “bail outs,” extension of unemployment benefits, the proposed return of higher taxes for the ultra wealthy, and even efforts to reign in some more egregious excesses of the financial sector.

Politicians like to quote eighteenth century economist Adam Smith regarding the benefit of the “invisible hand of the market place.” The problem is that Smith never once said or wrote that. While he did speak of the invisible hands that impact on economies, he was not an advocate of a system in which government totally absented itself from a nation’s financial health. In fact, he observed “we find the workings of the vile maxim of the masters of mankind of all for ourselves, and nothing for other people deeply troubling.” “The invisible hand,” he wrote, “destroys the possibility of a decent human existence, unless government takes pains to prevent this outcome, as must be assured in every improved and civilized society. It destroys community, the environment, and human values generally.”

Thomas Jefferson is also often quoted — actually misquoted — by those who wish to replace allegedly socialist leaning President Obama. Several have associated themselves with Jefferson’s stated belief that “the government is best that governs least.” The problem is that they are actually quoting Henry David Thoreau. Jefferson was certainly not a fan of an overreaching government. In fact, he asserted “The spirit of resistance to government is so valuable on certain occasions that I wish it to be always kept alive. It will often be exercised when wrong, better so than not to be exercised at all. I like a little rebellion now and then.” But once Jefferson ascended to the Presidency he developed a much greater appreciation of governmental involvement. In his first inaugural he called for ”a wise and frugal government, which shall restrain men from injuring one another” but otherwise he felt they should be left to regulate their own affairs. As president he strongly supported using federal funds to promote education, he proposed the establishment of a national university system, and he wanted government to fund scientific research as well as large transportation projects that exceeded the capacities of individuals or the states. Unfortunately international tensions prevented such expenditures.

Our nation’s history indicates long standing, consistently high support for federal intervention for economic assistance, as well as to help meet social needs. In the early nineteenth century farmers lobbied our government to build roads and canals to enable them to bring their products to market. Taxpayer’s dollars were spent to assist the rural farmer and help feed the city dweller. The burgeoning industries that flourished after the civil war used their growing political clout to convince the federal government to give land to the railroad industry, and lobbied Congress to set high tariffs to protect American business from foreign competition. In 1907, in response to a major financial crisis, Republican President Theodore Roosevelt intervened to reduce the interest banks were charging. Roosevelt announced “every man holds his property subject to the general right of the community to regulate it to whatever degree the public welfare may require it.” Under Republican as well as Democratic presidents, the “heavy hand of government” has inserted itself into our economy. In 1971 President Richard Nixon imposed wage and price controls to combat inflation. At first this move was widely applauded by the public and supported by many business leaders. It also greatly contributed to the practice of employers giving health insurance to their workers in lieu of increased salaries.

Rather than blame the recent economic downturn on governmental intervention, we should look at governmental irresponsibility. A major contributing factor to our current financial crisis leads us to the Reagan Administration, which initiated a major rollback in government regulation of key industries including the banking and insurance sectors. Time after time we have seen that it is rare for any industry, left to its own devices, to regulate itself at the cost of maximizing profits. Most captains of industry prefer to honor responsibility to their investors (which of course includes them to a large measure). The most substantial change in the tax code in US history arose during the Reagan Administration. The top marginal individual income tax rate fell from 70.1% to 28.4% and there was a major reversal in the tax treatment of business income. The primary effect of the new tax code was a change in the composition of tax revenue, toward payroll and new investment, and away from higher earners and people with large capital gains. Payroll tax revenue rose in 1981 while the cut on the tax rate on unearned income reduced the maximum capital gains rate to just 20%–its lowest level since the Hoover Administration. Tax rates on capital gains were set at the same level as the rates on ordinary income such as salaries and wages, both capped at 28 percent. This was a double benefit to those who enjoyed both high earnings and capital gains, such as fortunate corporate officers with maturing stock options.

Today the gap between the tax liabilities of the über-wealthy and the shrinking middle class would stun many twentieth century leaders who understood the responsibilities of the very wealthy. In the 1987 film Wall Street

, when the fictional Gordon Gekko uttered his “greed is good” remark, it was purposely intended to revolt audiences. But today might it be the mantra of those powerful forces that are working to shrink the government and its safety net.