You are here: Home / Archives for Schmidt

The Southeastern Pennsylvania chapter of the Americans for Democratic Action (ADA) awarded three veteran progressive women activists at a ceremony held in the home of Bruce and Carol Caswell in West Mount Airy, Philadelphia, on Saturday, October 13, 2012.

Glenavieve Norton, Chair of Southeastern Pennsylvania ADA, opened the program, saying that the honorees “have had significant roles to play in relation to ADA over their storied careers.” ADA, said Norton, was “founded in 1947 by Eleanor Roosevelt, John Kenneth Galbraith, Walter Reuther, Arthur Schlesinger, and others. National ADA has played a prominent role in the advancement of Civil Rights, Labor Rights, education reform, anti-poverty efforts, and Wall Street deregulation, among other things.”

The Southeastern Pennsylvania chapter, added Norton, “has played an equally prominent role in the establishment of our City Charter, in the Rizzo Recall movement, the election of W. Wilson Goode as our city’s first Black mayor, the Casey Five campaign to elect reform judges to Commonwealth Court, and the successful campaign to prevent the takeover of public schools by a for-profit company, among other things.

“Today the values of ADA,” said Norton, “dedication to democratic principles and good government, and the advancement of social and economic justice, are under serious attack. We take this mater very seriously. We have participated, both as an organization and individually in the voter ID coalition and are championing ethics issues in education reform. We are continuing our work, and will continue our work, on redistricting (City Council districts). We are the only organization that specifically has as a goal addressing good government concerns; we do so as they arise, and as we observe them, in our work and in our lives.”

JCC Rockland’s petition on change.org is over 23,000 signatures strong and is far from over. The petition, started on April 13, 2012, asks for a Minute of Silence at the London Olympic Games and at every game thereafter for the 11 Israeli athletes and coaches killed by terrorists at the Olympic Village in Munich in 1972. The Munich 11 families have been asking for this honor in memory of their loved ones for 40 years. For 40 years the IOC has denied their request.

Yesterday, Emmanuelle Moreau, IOC head of media relations, told the Post, “The IOC has paid tribute to the memory of the athletes who tragically died in Munich in 1972 on several occasions and will continue to do so. However, we do not foresee any commemoration during the opening ceremony of the London Games.”

Ankie Spitzer (wife of fencing Coach Andrei Spitzer, one of the Munich 11) who started the petition with JCC Rockland had this to say, “I have not received any official response from the IOC. This is far from over. I continue to move forward in my pursuit for the honor my husband and the other men deserve. These men were Olympians and should be given this honor IN the Olympic Stadium not just outside of it.”

More after the jump.
Congresswoman Nita Lowey and Congressman Elliot Engel yesterday announced a Congressional Resolution and released a letter to the IOC. “The murder of 11 Israeli athletes by terrorists at the 1972 Munich Olympics was a tragedy that reverberated far beyond the Games,” said Congresswoman Lowey, Ranking Democrat on the Appropriations State and Foreign Operations Subcommittee. “It is necessary, important, and right to hold a minute of silence in recognition of the victims. The continued refusal of the International Olympic Committee to honor the memories of these victims is unfathomable, and I urge the IOC to reconsider its decision.”

“The murder of 11 Israeli athletes and coaches can no longer be ignored by the International Olympic Committee. It’s time that the IOC set aside a moment of silence to remember all of the victims,” said Rep. Engel, a senior member of the House Foreign Affairs Committee. “I urge the IOC to reconsider its appalling decision and stop standing in the way of an appropriate, solemn recognition of the horror which befell the Games 40 years ago.” 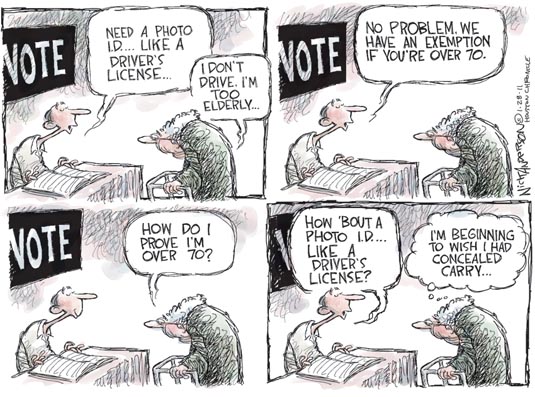 In Jewish terms, the practice is fairly recent – only 200 years old – of reading Psalm 27 twice daily during Elul. But it’s a powerful tradition today, and one that informs the new “L’Dovid Ori” show at the Old City Jewish Art Center, which opens First Friday, September 3, from 5 – 9 p.m. and will be up until October 27, with an Artists’ Reception and Grand Opening on Wednesday,
September 15, from 6:30 – 9 p.m.

The psalm is called L’Dovid HaShem Ori, “To David – the L-rd is my light.” Rabbi Menachem Schmidt, who founded the gallery, says he hopes the joy and hope expressed by these artists “will bring a warm and welcome light to difficult times.”

Despite mentioning enemies, armies and war, the psalm expresses reassurance that we will always be able to face these evils with G-d’s help. Cynthia Blackwood, who curated the show, said “I gathered a number of translations and sent them all to the artists, asking them to use the words as an inspiration. The works they came up with in response are breathtaking and uplifting. This may be our best show ever.”

Ms. Blackwood, who owns The Frame Shop in Elkins Park, designed the show to “embrace you as you come in,” with the words of the psalm running all along the gallery walls, spread among the artworks. Food and wine will be served during the show, and the community experience will be enhanced with a Taste of Shabbos dinner at 9 p.m.

True to the spirit of the Chabad movement in which he is highly respected, Rabbi Schmidt wanted Jewish artists of all backgrounds to participate. “We don’t think people have labels,” he
said. “If you have a curiosity about your heritage, come on in.” Motivated by the teachings of Rabbi Menachem Mendel Schneerson, “the Rebbe,” Chabad is non-judgmental and inclusive, opening its doors to anyone with a questioning mind and a spiritual nature.

The thirteen artists who are represented work in many media, from oils to calligraphy to handmade paper. Mordechai Rosenstein, an internationally known artist, did a mixed-media work that includes Hebrew block lettering rescued from a printer. “A friend in London, Irv Kline, was walking through the East End and found a printer who was going out of business. There were beautifully carved letters that were waiting to be thrown out! He got there just in time, and sent me many of the letter blocks.” The cache stayed in Mr. Rosenstein’s studio for a while, until some of the letters found a home as the word Ori (light) in his work for this show.

Calligrapher Karen Shain Schloss recounted how Ms. Blackwood’s call brought back memories of a trip to Mexico years ago. “It was a difficult time in my life, but I found this labyrinth in Rancho la Puerta, and I was drawn to it every day. Walking there gave me a sense of serenity. Then when Cynthia told me about the show and the psalm, I flashed back on that image, and used it to express the sense of conquering trouble that came into my life.”

Paper artist Rhea Dennis came by her inspiration by talking with friends and family. “The more I discussed the psalm with others, the more I was moved by the idea, and finally came up with the piece I’m showing.”

The Artists’ Reception on the 15th will have some other features to liven up the proceedings. Philly favorite Ben Laden will provide the music, and The Shofar Factory will bring a number of shofars to add to the aural merriment. There will also be a reading of Psalm 27 and commentary by the artists themselves.