You are here: Home / Archives for Sanford

The world premiere of a new translation of The Three Sisters

by Anton Chekhov, playing at the Arden Theatre until April 20, is a vibrant, well-acted, well-directed production that should not be missed this season.

Chekhov’s influential story about a family’s unrealized aspirations was translated by Curt Columbus, and is directed by Terrence J. Nolen.

“Chekhov isn’t easy — there’s not a tried and true method to make his work speak to modern audiences,” stated Nolen, Arden’s producing artistic director. “But no other playwright speaks more eloquently to the essence of the human condition, and that challenge is irresistible to me as a director.”

Through research, workshops, readings, and travel, the play is the culmination of a two-year exploration of the master storyteller’s work that took the theater company from Moscow to Providence, Rhode Island to Philadelphia.

“The Three Sisters” was originally performed at the Moscow Theatre in 1901. It is a classic four-act drama that examines the lives of the three Prozorov sisters and their brother Andrei, who have lived for 11 years in a small provincial town, where their late father had commanded a brigade. Unsuited for provincial life, the sisters long to return to Moscow, their childhood home and idealized haven.

Although there is not a single Jew among these characters, there is something profoundly heimish in Chekhov’s play, as Diane Samuels wrote in the Jewish Quarterly:

No Jew would have inhabited this social milieu. And yet the sense of community, the emotional highs and lows, the ill-tempered humor, the corny asides, the affection, the melodrama, the poignancy, the hope, the despair, all — as actress Tracy-Ann Oberman insightfully noted when she first mentioned to me that she hoped to find a writer ready to take up the challenge of writing a Jewish version of the play — smack of something very Jewish indeed. Maybe it is the Russian background.

Still, a leap was required to find a way of extrapolating the Jewishness out of Chekhov.

This moving production’s most innovative turn takes place in the first act. We are watching a play within a play, as the actors seem to be having a dress rehearsal for a play, which is being videotaped as we watch it. Refreshingly disconcerting, the clever technique works, and by the time we get to the second act we are in the play itself, but the intimations of the video and the sense of life being a dress rehearsal linger.

All three “sisters” are outstanding in their respective roles: Katherine Powell as Masha, the sardonic, restless middle sister; Sarah Sanford as Olga, the oldest sister; and Mary Tuomanen as Irina, the youngest sister.

There will come a time when everybody will know why, for what purpose, there is all this suffering, and there will be no more mysteries. But now we must live… we must work, just work!

Fine. Since the tea is not forthcoming, let’s have a philosophical conversation.

Chekhov might not have been Jewish but he speaks to the human condition in this sad, poignant play that embraces all of life: from the boredom of marriage to the ravages of war, from the hopes of youth to the regrets of the middle age. Near the end of the play, Vershinin reflects on that:

In two or three hundred years life on earth will be unimaginably beautiful, amazing, astonishing. Man has need of that life and if it doesn’t yet exist, he must sense it, wait for it and dream of it, prepare to receive it, and to achieve that he must see and know more than our grandfathers and fathers saw or knew.

In “The Three Sisters,” Chekhov has written a masterwork that doesn’t reduce life to easy platitudes or resolutions, but captures the fleeting nature of life in four acts that the Arden’s production staff honors in its bold new production.

Single ticket prices are between $36 and $48, with discounts available for seniors, students, military and educators. Groups of 15 or more enjoy significant discounts. Main stage subscriptions are on sale for between $84 and $135.

As a Representative, Ron Paul was a leading opponent of the U.S.-Israel relationship. Now he has formed a think tank with anti-Semites and 9/11 truthers, according to a recent report. Given this, it is unacceptable for Sanford to have accepted his endorsement. After years in public service, Sanford should know better and reject the endorsement — but it seems that desperation is trumping common sense after each self-inflicted wound in Sanford’s campaign. Republicans like Sanford who seek and flaunt Paul’s endorsement cannot reasonably claim to be a friend of Israel or the American Jewish community. Period.

More after the jump.
Sanford has also accepted the endorsement of Senator Rand Paul. During Senator Paul’s short tenure in the Senate, he has quickly racked up a dismal record when it comes to Israel and Iran. Senator Paul has consistently attacked American foreign aid to Israel and he is the only Senator who refuses to rule out a containment strategy for Iran. By accepting this endorsement, Sanford is legitimizing Senator Paul’s stature in the GOP and proving how desperate he is to win.

Sanford’s decision to ally himself with Ron and Rand Paul is unacceptable and it shows that he is out of step with the American Jewish community. 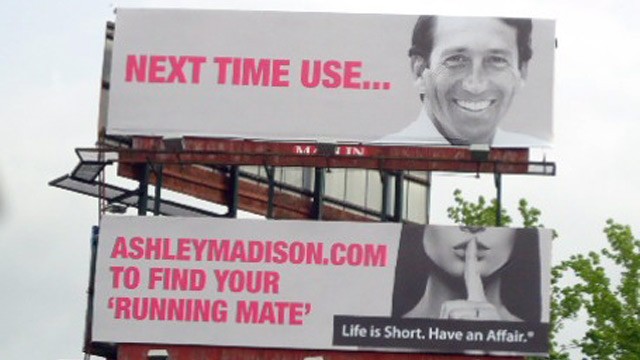