You are here: Home / Archives for Raese 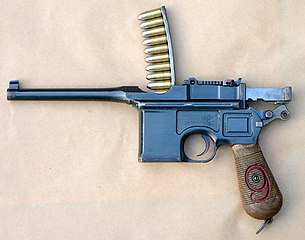 Using the memories of the six million Jews killed in the Holocaust to make a political point is never appropriate, under any circumstances. For Ohio Republican House candidate Samuel Wurzelbacher to imply that these innocent lives were taken because of gun control laws is simply beyond the pale. Wurzelbacher — who is just the latest in a long line of Republicans who seem to think it is acceptable to use the Holocaust for political gain-must apologize and remove this offensive video immediately.”

Samuel ‘Joe The Plumber’ Wurzelbacher, the 2008 campaign microcelebrity and Ohio congressional candidate, has an interesting theory about the Holocaust. Yesterday, Mr. Wurzelbacher released a campaign web video in which he blamed the Holocaust and the Armenian genocide on gun control laws.

Mr. Wurzelbacher’s video features footage of him on a shooting rage blasting fruits and vegetables with a shotgun. As the clip draws to a close, Mr. Wurzelbacher, gun in hand, proclaims, ‘I love America.’

The description of the video describes gun ownership as ‘our last line of defense’ from tyranny and poses a rather existential question about Mr. Wurzelbacher’s produce shooting hobby.

‘If you hunt or just like shooting guns, the 2nd Amendment will always be a good thing. History also tells us it’s our last line of defense in the face of an out-of-control government,’ the description says. ‘And killing fruits and vegetables is… what?’