You are here: Home / Archives for Patriot Act

The entertainer Andy Griffith died today at the age of 86. His career included many roles in television, cinema and theater. He was an accomplished actor, director, producer, singer and writer, but he is perhaps best known for his role in The Andy Griffith Show (1960-1968) where he played the Sheriff Andy Taylor in the fictional town of Mayberry, North Carolina.

In the clip shown to the right, we see how standards have changed over the years.

“Whether﻿ a man is guilty or innocent, we have to find that out by due process of the law.”

Surely, Sheriff Andy Taylor would not have approved of the Patriot Act.

Andy Griffith on Obamacare after the jump. 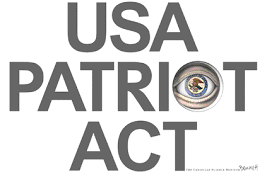