You are here: Home / Archives for MLK

To honor the late Dr. Martin Luther King Jr., Temple Beth Hillel-Beth El will hold a day of service on MLK Day. From 10 a.m. to noon, the program will be geared to families with young children, and will include activities such as making get-well cards for members of the community, making TLC bags for hospitalized children, making Purim decorations for senior centers and engaging in a variety of other educational activities and service projects.

The afternoon projects will have a culinary focus: from 1 p.m. to 3 p.m., volunteers will be preparing meals for seniors, as well as making sandwiches and soup for those in need.

Leading up to MLK Day, there will also be a toiletry collection taking place at the synagogue.

Find out more and register here to participate in any of these activities. The link also provides information about the opportunity to volunteer on January 15 at the Jewish Relief Agency (JRA).

(JSPAN) The day after Martin Luther King, Jr.’s assassination in Memphis, Tennessee, the president of the Memphis Ministers’ Association, Rabbi James A. Wax of Temple Israel, delivered an impassioned sermon, eulogizing King, placing King’s teachings in the arc of Jewish and Christian tradition and, denouncing the shame of white Memphis and America. Here is an excerpt from the sermon. 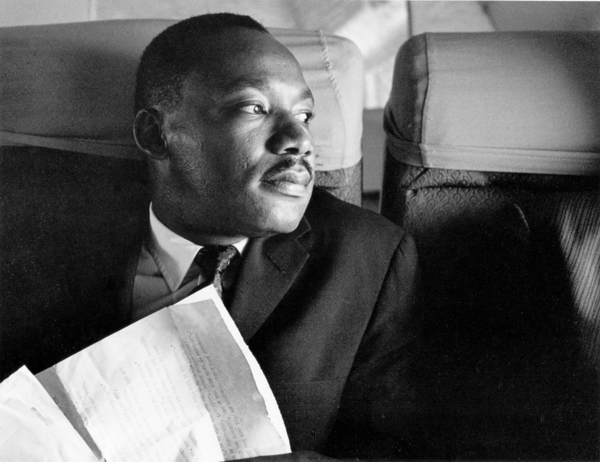 Oh how the cynics sneered when they gave him the Nobel Peace Prize. They said, ‘what did he do to deserve it?’ How little can people be?

Here was a man in the tradition, the grandest traditions of Judaism and Christianity, bringing freedom to people, and we white hypocrites that speak about freedom for all people know full well that not many miles from here negroes could not vote. In this very city, called a place of good abode, because their skin was black, they had to sit in the back of the streetcar. They were not even given the dignity of their names.

Gun advocate Larry Ward says Martin Luther King, Jr. would have agreed with him that slavery wouldn’t have happened if everyone had guns. This moving exhibition tells the little-known story of Jewish academics who came to America in the 1930s as refugees and found homes, work, and community at historically black colleges in the segregated South.

The following public programs held in conjunction with this exhibition provide an opportunity to further explore the themes found in the exhibition such as mentorship, leadership, identity, and cross-cultural understanding through music, film, theater, and great conversation. The season begins with our annual free Martin Luther King Family Day on Monday, January 21.