You are here: Home / Archives for Meyer

Broadway veteran and four time Tony nominee Tovah Feldshuh will star as Momma Rose in the Julie Styne-Sondheim-Arthur Laurents musical Gypsy at the Bristol Riverside Theatre December 6, 2011—January 15, 2012.    I had the chance to interview Ms. Feldshuh about the upcoming show and her life as a performer.

Gypsy opens on December 8, which is a good omen, as Tovah noted it’s the yahrzeit (anniversary) of Golda Meir’s passing as well as the date of her own Bat Mitzvah.    Tovah performed Golda’s Balcony, the longest running one-woman show on Broadway, at the Bristol Riverside in 2010.

Tovah was not always called Tovah: “I was named after my Aunt Tilley who died in her 30s from tuberculosis.  The Sue comes from my Great Grandmother.”  After she changed her name from Terry Sue to Tovah, her Hebrew name, and began her performance career Tovah said that “it changed the landscape of my life.”  She starred in Yentl on Broadway and in Golda’s Balcony on Broadway, the longest running one-woman show.  But interestingly, she has worked hard not to let her notable Jewish name typecast her: “I’ve played all kinds of roles from Diana Vreeland to judge Danielle Melnick in Law & Order and now, Rose in Gypsy.  What’s in a name? Everything.”

Gypsy is loosely based on the 1957 memoirs of Gypsy Rose Lee, the famous striptease artist, and focuses on her mother, Rose, whose name has become synonymous with “the ultimate show business mother.”  Following the dreams and efforts of Rose to raise two daughters to perform onstage, the musical contains many popular standards, including 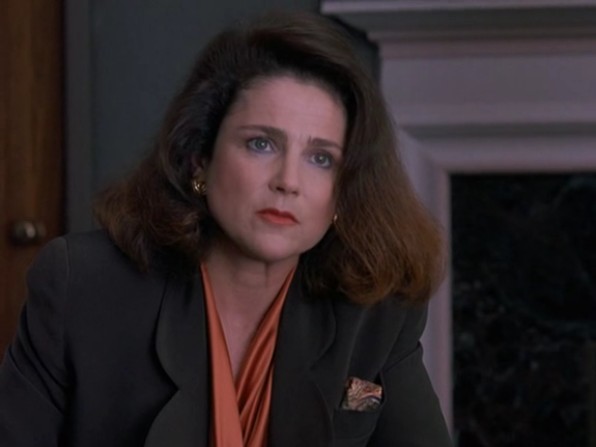 LG:   When I look at the all the things you do between Law and Order and your one-woman shows, films, and now Gypsy, I wonder how you do it all.  Would you consider yourself a driven person?

TF:  I’m at the prime of my faculties as an artist.   I’ve worked hard for my achievements.  As I get older, the process slows down, but the wisdom increases

LG: Gypsy is a play about a lot of things, but at its heart, it explores the mother-daughter relationship.   How has being a mother and a daughter shaped your life?

TF:  Gypsy is a King Lear role for a woman.  I’m trying not to be derivative in my performance.  Rose is a woman of flesh and blood and guts, not a beast.   She’s driven.  I think the abandonment of her mother is the key to her character.   From the moment you have children, they come first.  So you necessarily have to slow down.   But I think my husband and I did ok – as Amanda’s at MIT studying physics and Brandon is at Harvard studying economics.

Tovah began to sing some lines from the song, Rose’s Turn for me.

LG: Did you encourage your own daughter, Amanda, to become an actress?

TF:  I discouraged my own children from going into show business.

LG: What would you have been, if not an actress?

TF: I came into the theatre after I was wait-listed at Harvard Law School.   My Father went to Harvard Law, and it just so happens so did my husband, who I adore.  You don’t need Freud to figure out how this work!.   It was my brother, (David Feldshuh a Pulitzer price nominated playwright for Miss Evers’ Boy) who encouraged me to apply for the McKnight Fellowship, which I received, and this launched my career.

LG: You have worked in show business for 37 years.    You have done film, television, musical theater, drama – how does this fit into your bourgeois bias?

TF:  I’ve been on my own since I was 21.  I had to live life on a budget and worry whether I had enough money for cab fare in NYC.  At 23, when I was starring in Yentl on Broadway, I decided I didn’t want to be poor.    I was committed to making enough money so I could have some freedom.   I have always tried to balance more commercial jobs with more artistic projects.   I also married a Harvard trained lawyer, which helps!

LG:  Do you have stage fright?

TF:  No, I’m at home on the stage.    Being on the stage is like a warm bath.  I let the gold dust settle where it settles.  I try to remain very loose on the stage and let the truth of the character bubble up.  I hope audiences will see my full skill set in action in this performance of Gypsy at the Bristol.

LG:  What are you currently reading?

about Gypsy Lee Rose’s life.  I’m also listening to my voice teacher on an Ipod, as I have to stay focused on my singing.

Tovah sang a few more bars of Rose’s Turn for me and had to return to rehearsal.

Previews begin Tuesday, December 6 with opening night on Thursday, December 8.  Performances run Tuesday through Sunday until January 15.  Tickets start at $40, with discounts for students and groups.  Tickets are available online or by phone at 215-785-0100.  Bristol Riverside Theatre is located at 120 Radcliffe Street in Bristol, PA.