You are here: Home / Archives for Manischewitz

When you might think of Jewish cooking in America, you might conjure the iconic Ashkenazic staples of gefilte fish and noodle kugel, but the earliest Jewish cooking in the Americas was Sephardic, said Emily August, Public Programs Manager, in her role as moderator for a program, “Just a Pinch: A Brief and Unofficial History of Jewish Cooking in America,” held on Wednesday at the National Museum of American Jewish History. Jews immigrating from Brazil brought their taste for almond pudding and fish fried in oil, which became a favorite food of our third president Thomas Jefferson, citing Ronit Treatman’s article in The Philadelphia Jewish Voice.

Drawing upon the food-themed artifacts from its museum collections, she proceeded to delight and enlighten the audience with the assistance of the dramatic reading talents of four people: Francine Berk, currently playing the role of Bubbie in The Stoop on Orchard Street; B.D. Boudreaux, director of and playing Old Man in The Stoop on Orchard Street; Siobhan Reardon, the President and Director of the Free Library of Philadelphia; and restauranteur Audrey Claire Taichman, owner of Audrey Claire and Twenty Manning Grill. Multilingual volunteers from the audience also participated in descriptive narration.

. It encouraged accommodation to American life with recipes for Easter, oysters, and treyfe (sic).

was published by the Milwaukee Settlement House and it became an important staple of the American kitchen for more than 50 years. In an interview before his death in 1985, the noted gourmet and author, James Beard, known as “The Father of American Gastronomy,” called this cookbook his personal favorite.  This cookbook was to serve as a guidebook for the new immigrants, to help them learn about middle-class American culture.

In 1914, the Hebrew Publishing Company issued the first Yiddish cookbook and it encouraged readers to adopt modern ways of cooking, moving from gefilte fish to American cuisine. It was printed with recipe instruction in both English and Yiddish, to avoid the language gap, so that the immigrant and first-generation members could cook together.

World War I brought the Lever Food and Fuel Control Act, to ensure an adequate supply of essential supplies to our soldiers and allies in Europe. The U.S. government printed and distributed pamphlets in diverse languages — such as Italian, Polish, Russian, and Yiddish — to guide homemakers on healthy and delicious substitutions for wheat, meat, fats, and sugar. Among the tips were: one meatless meal a week and no second helpings. Herbert Hoover, then head of the Food Administration, set the moral tone with his slogan, “Food will win the war.  Don’t waste it.”

The Catskills grew in prominence as a vacation spot for middle class Jews, after the Grossinger family purchased its 100-acre estate in Ferndale, New York. Several postcards from these resorts and summer camp were read aloud by audience members: they all highlighted the food, whether delicious, as from the former, and terrible, as from the latter.

Another major culinary milestone was the introduction of Crisco in 1911. Proctor & Gamble made a special effort to target the Jewish homemaker, touting its product as pareve, light, sweet-tasting, and shelf-stable. In 1933, they distributed the 77-page pamphlet, Crisco Recipes for the Jewish Housewife

, printed in Yiddish and English.  The product, ranging from a 1-lb to 9-lb cans, displayed a blue-and-white label.

As an antidote to the growing secularism of American Jews, the The Jewish Home Beautiful

, published in 1941, was an attempt to preserve Jewish ritual with Jewish tableaux (pictures of set tables). As an example of its attention to minute detail, the book recommends for Shavuot: serve two blintzes dusted with 10 lines of cinnamon, to represent the Ten Commandments.

, written in the voice of her television persona. Its marketing success was a testament of the purchasing power of the Jewish viewer.

The next major culinary milestone was the formation of Hebrew National and its campaign to promote its frankfurters with the pamphlet 31 Ways to Make Hot Meals Out of Hot Dogs issued in 1955. Soon, its success lead other manufacturers to also appeal to the Jewish market. Planters issued Manna About Town in 1965 to promote its peanut oil. In it, “heirloom recipes…[are] lovingly laced with legend and lore.” Manischewitz introduced a Passover menu planner cookbook in 1963 (and its Passover Hagadah has become a fixture on the Jewish table). The editors knew their stuff and listed as the first ingredient for breakfast, prune juice.

Finally, Bon Appetit magazine featured the resurgence of the Jewish deli in its recent September issue. Its Editor-in-Chief, Adam Rapoport, in an interview in Haaretz, gave a fitting conclusion to this program: “If you find a good recipe, hold onto it, but share it with a friend.” 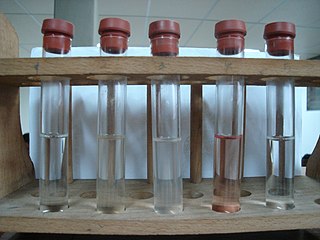 In his incredible scientific cookbook Modernist Cuisine: The Art and Science of Cooking

, Dr. Nathan Myhrvold describes how to trap all of the odors and flavors of chicken soup in a test tube.  He is then able to preserve this super concentrated broth for later consumption.  From a scientific point of view, this is exciting and thrifty.  Nothing is wasted!  But this is not the way of the Yiddishe Mamma.

For me, a Yiddishe Mamma, chicken soup is not just food; it is a spell that I cast.  I begin the process with cold filtered water, the best quality kosher chicken, and the freshest vegetables.  I place all these ingredients together in a pot, and let them simmer slowly over the stove.  The soup fills my home with its delicious aroma.  When my child arrives home and opens the door, he is embraced by the delectable smell of my chicken soup.  He instantly knows that he is loved.  As he steps into the kitchen, I tell him, “Sit down, ketzale (little cat), have some soup.”   My son sits down at the kitchen table, and I place a steaming bowl of soup in front of him.  He savors his first spoonful of my golden chicken broth with little square egg noodles.  The balance of chicken, vegetables, salt, and noodles is just right!  I can see him sigh with pleasure and begin to relax.  It is only then that I ask him, “Nu, so, my child, tell me what happened.”

The women in my family have been casting this spell for generations.  They also made their own egg noodles from scratch.  I buy Manischewitz egg noodles for my soups.  Here is our chicken soup recipe:

Nathan Myhrvold is an inventor, a scientist, and a master French chef.  Dr. Myhrvold worked with Microsoft for thirteen years, acquiring over 30,000 patents. This is the conundrum Dr. Myhrvold: by concentrating the chicken soup’s aromas and flavors, you dilute its power.  Generations of Yiddishe Mammas will attest to that!