You are here: Home / Archives for Hezbollah

Twenty-five years ago, on July 18, 1994, a suicide bomber drove a van loaded with over 600 pounds of nitrate fertilizer and explosives into the AMIA (Asociación Mutual Israelita Argentina) building – the central meeting place of the Jewish community in Buenos Aires, Argentina. The explosion and resultant building collapse killed 85 people. The youngest was a 5 year old boy named Sebastian Barreiro, and the oldest was a 73 year old man named Faiwel “Pablo” Dyjament. An additional 300 people were injured.

Argentina has the world’s sixth largest Jewish community, numbering about 230,000. The AMIA bombing was the deadliest terrorist attack that has ever happened in Argentina. Initially, local Argentinian antisemites were suspected of planning this attack. They were found to be not guilty of any involvement.

Alberto Nisman and Marcelo Martinez Burgos, two Argentine prosecutors, were charged with conducting an investigation into the bombing. In 2006 they presented their formal accusation that the government of Iran directed the attack, and that Hezbollah, Iran’s military proxy in Lebanon, executed it.

Cristina Fernandez de Kirchner, the president of Argentina from 2007 to 2015, was accused of covering up Iran’s involvement in the terrorist operation. Alberto Nisman was scheduled to testify against her in court. He was murdered in his home before he had the opportunity to reveal what he had discovered. Mrs. Kirchner is scheduled to be tried for her role in the coverup and abuse of power. No suspects have ever been convicted for the planning and execution of this terrorist attack.

Philadelphia’s Latino-Jewish Coalition of the American Jewish Committee presented a special program commemorating the 25th anniversary of the AMIA bombing. The keynote address was delivered by Jason Isaacson, AJC’s Chief Policy and Political Affairs Officer. Mr. Isaacson reflected on both his personal experiences being in Argentina two days after the bombing, and AJC’s continuing efforts to bring the alleged perpetrators, Including Iran and Hezbollah, to justice. The event concluded with a special candle-lighting ceremony where the victims’ names were read by several dignitaries, including Alicia Falkowski, Argentina’s consul in Philadelphia. 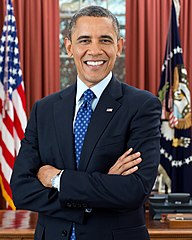 The buildup of rockets by Iran-backed Hezbollah is more substantial than media reports have suggested, The Israel Project has learned. In line with reportage, Israeli intelligence understands that Hezbollah has amassed in excess of 40,000 rockets in the immediate vicinity of the Israeli-Lebanese frontier.

More after the jump.
However, in Israel’s assessment the Shi’ite Hezbollah also has a considerable stockpile in other parts of Lebanon. The 40,000 weapons are located in hiding places in villages throughout southern Lebanon in contravention of United Nations Security Council Resolution 1701. The resolution, which led to the 2006 ceasefire between Israel and Hezbollah, calls for the Lebanese government to be the sole bearer of arms in the south of the country.

Israel fears Iran is playing an ever-larger role in Lebanon. There has been a noticeable increase in visits by Iranian military and political leaders over the last two years according to Israeli officials. Tehran is spreading its sphere of influence to include both Hezbollah and Beirut.

Hezbollah gets short- and long-range missiles in three main ways: by sea, by air and via the Syrian border. Iran and Syria are the main suppliers of Hezbollah’s weaponry, while Hezbollah has also obtained Russian rockets, in Israel’s estimation.

The Lebanese border towns that face Israel are heavily Shi’ite. Hezbollah stores weapons in underground bunkers and in buildings among the civilians there. Public buildings doubly serve as Hezbollah lookout points.

United Nations Interim Forces in Lebanon (UNIFIL) is not allowed to enter private properties, making it difficult for UNIFIL to monitor weapons smuggling.

The Israel Defense Forces has published videos filmed by drones and from fixed positions showing explosions at three weapons depositories close to the frontier.

Israel is watching the border particularly closely at the moment fearing that Hezbollah may choose to launch rocket attacks in the next few weeks. Jerusalem believes it may do so in order to deflect attention away from the eagerly-anticipated publication of the findings of the U.N. inquiry into the 2005 assassination of former Lebanese Prime Minister Rafiq Hariri.

Reports have circulated implicating Hezbollah in the assassination. Drawing Israel into a military campaign Hezbollah believes would move attention quickly away from the Hariri report.