You are here: Home / Archives for Gam Gam kosher restaurant 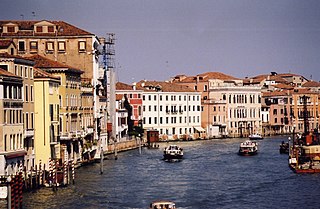 Visiting Venice is an incredible adventure!  Architecturally, it is one of the most sumptuous cities in the world.  Its Jewish history goes back to the tenth century, when Jewish traders first came to Venice to engage in commerce.  By the 1500s, Venice had the world’s first ghetto, in which Italian, Spanish, Portuguese, and German Jews coexisted.  The community practically disappeared after World War II.  Currently, only about 500 Jews live in Venice.  It is possible to sample some Jewish Italian specialties in Venice’s only kosher restaurant, which is run by the CHABAD in the Ghetto Nuovo.  In order to really savor Venetian Jewish specialties, I turned to Alessandra Rovati, one of the few Jews who is originally from Venice.  She shares her family’s Venetian Jewish recipes on her Dinner in Venice website.

More after the jump.
Trying to find kosher food in Italy can be daunting.  When we visited Venice, I confidently asked our waiter in Italian about the ingredients in a sauce.  “Does it have pork?” “A porco?” I queried.  He threw his napkin down angrily and stomped off in a huff!  I had no idea why this question would have insulted him, until another waiter explained that “porco” is a slang word with many off color connotations.  I should have said “maiale.”  Trying to find authentic Jewish Italian food is just as hard.  It is possible to find Jewish artichokes, or “carciofi alla giudia” in any Jewish neighborhood in Italy.  We sampled these crispy, lemony artichokes in the Gam Gam kosher restaurant.  If you would like to taste genuine Jewish Venetian recipes, there is nothing better than getting yourself invited to a Jewish Venetian family’s home.

In her site, Ms. Rovati invites us into her virtual home to share some unique Jewish recipes from Venice.  These recipes have been passed down in her family.  They are healthy, colorful, and full of Mediterranean vegetables.  Here is an adaptation of her Venetian spinach frittata.  Its ingredients reveal that it came to Venice with the Jews of Turkey and Catalonia.  This frittata is pareve, and kosher for Passover. 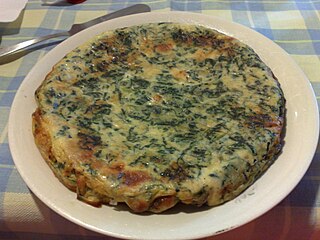 This eggy, spinachy dish is a little bit sweet, and a little bit savory.  It is very satisfying, and works well as a vegetarian main course or a side dish.

All of Ms. Rovati’s recipes are straightforward, without too much fuss.  The featured ingredients are healthy, and the resulting dishes are both delicious and exotic.  This year, add a historic Venetian accent to your Passover Seder.  If you visit Ms. Rovati’s Facebook page, you will note that there are many discussions in Italian about different recipes.  Fortunately for us, her website is in English.  This will help us avoid both pork and vulgar affronts!