You are here: Home / Archives for Debates

We’re having a pre-debate dessert and drinks gathering for Democrats in our neighborhood, and we’d be thrilled if you could join us.
* Join us for desserts & drinks before the first Presidential debate;
* Enjoy an informal party and get to know Democratic friends and neighbors;
* Learn about ways to support the election of Democrats on November 8th;
* We’ll be watching the debate that night, too (9 to 10:30 pm) on our projector screen. Anyone who wants to stay and cheer Hillary on is welcome.

As your Democratic co-committee people for Lower Merion’s 14th Ward (Penn Wynne), we are excited to support efforts by friends and neighbors to elect Democrats at all levels on November 8th.

Pennsylvania is a major focus of this election. According to 538 (http://fivethirtyeight.com/features/election-update-the-top-must-win-states-for-trump-and-clinton/), Hillary will likely win the election if she carries Pennsylvania (79% of the time) but will likely lose if she doesn’t (13% of the time). Similarly, Katie McGinty’s race here has an excellent chance of determining the control of the Senate. By helping turnout the vote in Lower Merion, we can really make a “yuge” difference in this election.

We warmly invite you to support our efforts to achieve the highest voter turnout ever for our neighborhood to take back the Senate and elect Hillary Clinton as our next President!

Finally, I will recommit America to the goal of a democratic, prosperous Palestinian state living side by side in peace and security with the Jewish state of Israel. On this vital issue, the President has failed, and what should be a negotiation process has devolved into a series of heated disputes at the United Nations. In this old conflict, as in every challenge we face in the Middle East, only a new President will bring the chance to begin anew.

“I look at the Palestinians not wanting to see peace anyway, for political purposes, committed to the destruction and elimination of Israel, and these thorny issues, and I say there’s just no way … the Palestinians have no interest whatsoever in establishing peace and that the pathway to peace is almost unthinkable to accomplish … [S]o what you do is, you say, you move things along the best way you can. You hope for some degree of stability, but you recognize that this is going to remain an unsolved problem…and we kick the ball down the field and hope that ultimately, somehow, something will happen and resolve it.”

Just weeks before the election, Romney isn’t being honest with the American people about his severely conservative positions, and a new video from OFA allows voters to see this dishonesty laid bare. Romney will say anything to win, even if it’s not true. Over the past few years, the real Mitt Romney has consistently committed to overturning Roe vs. Wade and denying women the right to choose. He’s been promising a tax cut including “the top 1 percent,” that is mathematically impossible to pay for without higher middle-class taxes, higher deficits or both. And he has committed to a plan that would put at risk health coverage for millions of Americans living with preexisting conditions. He can try to hide these far-right positions, but voters simply won’t be fooled when he cynically and dishonestly tells voters the exact opposite of what he’s run on.

Here, Massachusetts Senate candidate Elizabeth Warren speaks frankly about our the cause of our national debt and leads with her values.

Next, the DNC releases a hard hitting video highlighting the inappropriate cheering during the Republican presidential debates and notes none of the candidates said anything. 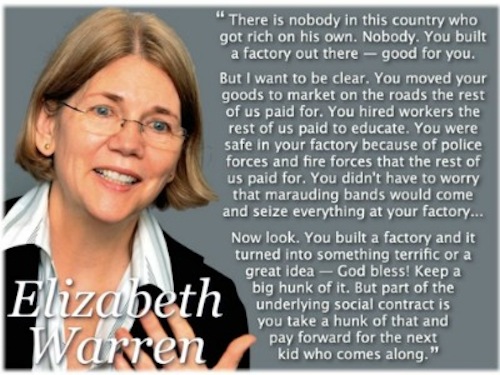