You are here: Home / Archives for carob

Today’s carob treats are a long way from those carob-covered pretzels that my health-nut aunt served us in the 1970s. They are much more sophisticated — carob fudge, candy brittle, fancy cakes — probably because of the growth of the health conscious food movement, specifically the vegan community. Carob can satisfy your sweet tooth and it is low in fat, high in fiber and unlike chocolate, has no caffeine.

In Lag B’Omer, Jews get a reprieve from forbidden acts and celebrate with bonfires, food and dancing. Most Jews, cavorting round the fire, eating Israeli food of hummus & shish kebabs, and drinking beers, are not thinking about whose death they are commemorating: Rabbi Shimon bar Yochai, the second-century author of the Zohar (which contains mystical interpretations of the Torah), and chief source of the Kabbalah.

After witnessing the torture and death of his great teacher Rabbi Akiva by the Romans, the infamous persecutors of Jews who ruled Israel, Rabbi Shimon bad-mouthed the Romans.One of Rabbi Shimon’s students betrayed him to the Romans.

Rabbi Shimon and his son fled and eventually settled down in a cave in northern Israel, where they, according to the tale, lived for thirteen years buried naked (so that their clothes lasted longer) to their necks in the sand and studying Torah. Miraculously, a carob tree grew at the foot of the cave and provided nourishment for the father and son. They survived until the Emperor died and it was safe to leave the cave.

This tale is the reason that many modern-day party goers eat carob at their Lag B’Omer celebrations. Hopefully by eating this treat my kids will miraculously be nutritionally and spiritually fortified.

(Note: I added a teaspoon of cinnamon and 1/3 cup of carob chips. The latter was added after the mixture cooled a bit. When you initially blend the warm oats and the syrup/oil mixture, the carob chips melt. I wanted to have some whole carob chips to increase the crunch of the bars.)

Abby Contract is the creator of Phoodistory. 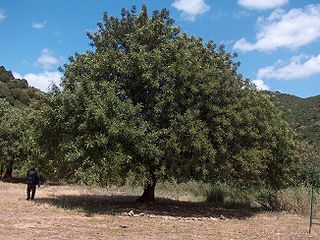 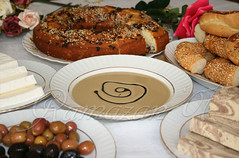 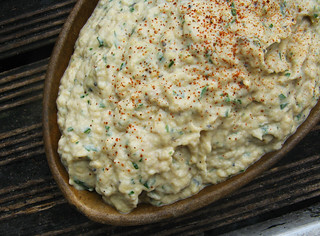