You are here: Home / Archives for Bonin

(JSPAN) Attorney Adam C. Bonin presented an update on Pennsylvania election law to the Jewish Social Policy Action Network‘s Board of Directors at its regular meeting last month. Bonin focused on pending redistricting and voter identification litigation. Both issues are currently before the Supreme Court of Pennsylvania.

Bonin, a member of the JSPAN Board of Directors, provided an overview of the process by which redistricting is accomplished for state and federal elections in Pennsylvania, what role is played by the Pennsylvania Legislative Reapportionment Commission and which Constitutional provisions come into play. He also traced the history of litigation with respect to interpretations of key provisions of the state Constitution and explained how these likely may impact redistricting decisions currently before the Court.

More after the jump.
As Bonin explained, both cases involve sensitive legal as well as political questions, complicated by a current vacancy on the Supreme Court and the upcoming November 2014 general election. The lively discussion, aided by the participation of former State Representative (and JSPAN Board Member) Babette Josephs, went into great detail as to the ways in which maps can be tailored towards partisan ends. 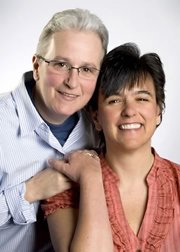 A unanimous three-judge panel of the First Circuit Court of Appeals has ruled that there is no justification for the Defense of Marriage Act to disallow recognition to a same-sex couple legally married under Massachusetts law. The court’s reasoning follows the arguments advanced in JSPAN’s amicus curiae brief. Primary credit for the content of our brief goes to Philadelphia Jewish Voice Board Member Prof. Perry Dane of Rutgers Law School, an active member of the JSPAN Church-State Policy Center. Our strongest congratulations to Perry!

The court applied “intensified scrutiny” to DOMA’s treatment of minorities that are subject to discrepant treatment generally. Finding no federal interest that adequately justifies the statute, the court ruled that DOMA denies equal protection to gays and must be struck down.