You are here: Home / Archives for Argo

When my husband told me about the ReWalk demonstration in Ventnor, New Jersey, I immediately booked a hotel to spend Shabbat there, and be part of the event. The American Technion Society Philadelphia Chapter was hosting its annual “Down the Shore” program at Steve and Ilene Berger’s home. As the many guests enjoyed a copious summer buffet, anticipation grew about the event that was going to take place.

After a few words about various innovation projects at the Technion, Linda Richman, ATS Eastern Seabord Associate Regional Director, introduced Dan Webb, from Warminster, Pennsylvania, and his physical therapist John from MossRehab. Together, Dan and John are on a very unique path — the path to “ReWalk.”

END_OF_DOCUMENT_TOKEN_TO_BE_REPLACED 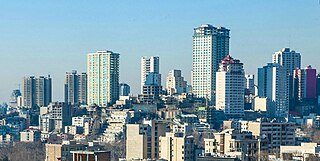 As someone who lived in Tehran, Iran back in the 1970’s, I especially enjoyed seeing the movie Argo win the Best Picture Oscar. It’s a great story, with compelling characters and lots of suspense. The fact that the story is true makes it even more incredible because the plot is like something that would spring from the mind of Tom Clancy. Imagine sneaking US embassy personnel out of Iran right under the noses of militants using the far-fetched story that they were there to scout movie locations? I had no idea the CIA was so creative. The film also serves as a reacquainting of how America got where we are in our relationship with Iran.

More after the jump.
Although I realize the film wasn’t shot in Tehran, it certainly did evoke memories of the place where I spent almost two years as a young woman. I was gone by the end of 1976, still a couple of years away from the events in the movie, but my apartment was right around the corner from the US Embassy and I passed it on a regular basis while I lived there. I certainly had no clue at the time that it would become the center of the world’s attention just a few short years later. Nor did I have any idea of what was on the horizon for Iran itself. Yes, I was young and naïve, but who knew?

The Tehran I remember is not the one represented in Argo with its mob mentality and screaming militants with murderous intent. Oh sure it was frightening to me because it was a strange country and strange culture on the other side of the world and I was 19 and newly married. Throw in the fact that I suffer from OCD and what you get is someone who is basically scared of everything. But never was I afraid that a riot would break out and rarely did I think that my safety was in jeopardy. I had some incidents, mainly as a woman in a culture that is not always kind to women, but generally speaking, people that I met in Tehran were not only friendly to Americans — they wanted to meet and get to know Americans.

Allow me to relate one of my favorite stories from my time there. I received a phone call at home one afternoon, which was rare. When I answered, it was a man speaking Farsi on the other end. I told him I did not understand and he attempted to speak a little English. In the end, as it turns out, he had called a wrong number, but when he discovered that it was an American that he had dialed up accidentally, he wanted to take the opportunity to talk to me. He asked if he might call again and I said yes. He began calling on a regular basis. His English improved and he eventually invited my husband and me to dinner. We became friends and visited often with each other. Not something you would dream of doing in today’s post-9/11 world, but we thought little of it at the time. I had other Iranian friends that I enjoyed getting to know and who wanted to get to know me primarily because I was American.

That was my experience in Tehran. The Tehran I knew liked Americans. My opinion, without having visited there in more than 35 years, is that despite the regime that is in power, the average person in Tehran would like to be friends with America. Perhaps I’m still naïve, but when you see a movie such as Argo or you see actual news stories of protests in that part of the world against the U.S., don’t assume that everyone feels that way. The average person is home with his or her family or at work just trying to get along like the rest of us. We have more in common than one might think.

Ann Craig-Cinnamon has spent 30 years in both radio and television broadcasting in the Indianapolis market. Featured in a documentary shown on PBS called Naptown Rock Radio Wars, Craig-Cinnamon is a trailblazer in radio. After living in Tehran, she developed a love for travel and has visited all 50 states and more than 70 countries on all seven continents. She is also the author of the new book, Walking Naked in Tehran.