You are here: Home / Archives for Apartheid

The Jewish Labor Committee condemns the United Nations Economic Commission for Western Asia’s report that asserts that “Israel has established an apartheid regime.” It is not surprising that the Commission, comprised entirely of 18 Arab states, most of which do not recognize Israel, would issue a report that appears to be the first time that “apartheid” has been used in document with the United Nations stamp to criticize Israel. END_OF_DOCUMENT_TOKEN_TO_BE_REPLACED

(CAMERA) On a number of college campuses, this week is “Israel Apartheid Week,” a week where anti-Israel activists try to fool students into believing Israel systematically and legally oppresses minorities.

This is a particularly ironic accusation since Freedom House, an independent watchdog group dedicated to the expansion of freedom around the world, has rated Israel as the only free country in the Middle East.

More after the jump.
Activists could be marching against Saudi Arabia:

Many of the “Israel Apartheid Week” organizers are part of the Boycott, Divest and Sanctions (BDS) movement, aimed not at ending human rights violations, but at damaging Israel.

As CAMERA reported, “This is the reality behind BDS”:

The BDS movement is simply a smokescreen for the delegitimization of Israel and an effort to undermine the self-determination of the Jewish people. As BDS proponent Ahmend Moor said, “Ending the occupation doesn’t mean anything if it doesn’t mean upending the Jewish state itself.”

How is BDS doing? Well, as of now, 250 university presidents or chancellors have publicly rejected an academic boycott of Israel and the list is growing. Even students are starting to wise up. The UCLA student council just defeated a symbolic anti-Israel divestment resolution. But some of them are still fooled.

Cartoon by The Cartoon Kronicles.

(CAMERA) On August 1, an Arab member of Israel’s parliament, the Knesset, Jamal Zahalka, stood at the podium and declared, “We [Arabs] were here before you and we’ll be here after you.” In response, Prime Minister Benjamin Netanyahu indicated that he wanted to speak, went to the podium and answered, “The first part is not correct and the second part will not happen.”

It is clear that this could not happen if Israel were an “apartheid” state, because there would be no Arab members of Knesset. And, if Israel were not a free state, certainly no member of the Knesset could openly declare a desire for the end of the state without fear of prison or even censure.

Imagine even the most radical member of Congress, from anywhere across the political spectrum, standing on the floor of the House or Senate and envisioning the end of the United States. It would cause an uproar. But in Israel, it only elicits a brief remark from the Prime Minister. 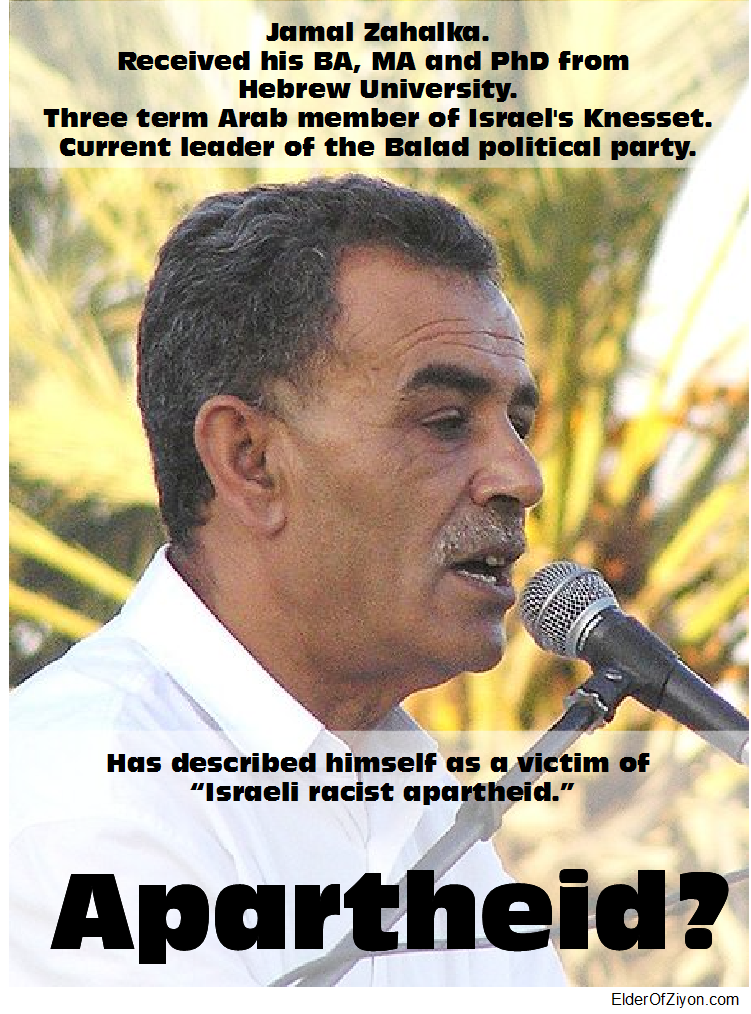