You are here: Home / Archives for Almond Pudding 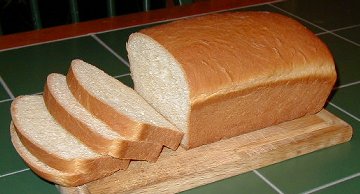 Philadelphia, the city of almonds, pomegranates, olive oil, chick peas, lentils, dates, grapes, and fava beans? Thanks to the Jews who first settled the North American colonies, Philadelphia was blessed with the introduction of these Mediterranean foods. It is fun to recreate colonial recipes today in order to experience the flavors and aromas of those times and connect with an often overlooked period of the Philadelphia Jewish experience. END_OF_DOCUMENT_TOKEN_TO_BE_REPLACED

One of the most accessible and popular dishes of the time was pepper pot soup from the Caribbean. This was a one-pot meal made with inexpensive meat, seasonal vegetables, and hot peppers. George Washington served it to his troops after crossing the Delaware River to attack Trenton in 1776. For those who wish to try this at home, Mrs. Esther Levy gives a recipe for pepper pot soup in her Jewish Cookery Book, the first Jewish cookbook published in the United States, in Philadelphia in 1871. Below is an adaptation for the modern kitchen.

Place all the ingredients in a pot and stew over a low flame for about two hours until very tender.

A favorite yeast bread that arrived in Philadelphia from England was Sally Lunn bread. It is still served at the City Tavern, where Benjamin Franklin, Thomas Jefferson, and John Adams congregated. It was traditionally served with clotted cream.

From www.myjewishlearning.com and Sephardic Israeli Cuisine: A Mediterranean Mosaic.

Ronit Treatman was born in Israel and grew up in Ethiopia and Venezuela. She is fluent in five languages, and volunteered for the IDF where she served in the Liaison Unit to Foreign Forces. She currently lives in the Germantown section of Philadelphia with her husband and three children.