You are here: Home / Archives for al-Assad 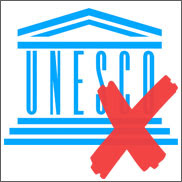 United Nations Educational, Scientific and Cultural Organization (UNESCO) voted to allow the Arab bloc candidate, Syria, to serve on the body’s Committee on Conventions and Recommendations, which “examines communications relating to cases and questions concerning the exercise of human rights.”

This election, by consensus, should never have happened while Syria further intensifies its violation of human rights. In yet another sign of moral obtuseness and incoherence in policy at the U.N., the business-as-usual approach to Syria at UNESCO soon preceded a General Assembly committee’s condemnation of the Damascus regime’s continuing domestic brutality. Indeed, the Arab League itself has decided to suspend and possibly sanction Syria.

B’nai B’rith calls on UNESCO’s Executive Board to immediately revoke Syrian membership in all committees at the U.N. agency.