You are here: Home / Archives for adoption

The JAFCO 2018 Spring into Summer Luncheon is scheduled for Thursday, May 17, 2018, at the Country House at Bluestone Country Club in Blue Bell.  This year’s honorees are Golden Slipper Camp and Golden Slipper Club & Charities. Linda and Don Brodie of Gladwyne are the major underwriters of the luncheon.  The Shopping Boutique and silent auction open at 10:00 AM, and the luncheon is called for 11:30 AM.  Comedian Jessica Kirson will perform at the luncheon. More than 300 people are expected to attend.

On Tuesday night, Pennsylvanians took the stage at the Democratic National Convention to tell their personal stories, which help showcase Hillary Clinton’ands lifetime of fighting for children and families. END_OF_DOCUMENT_TOKEN_TO_BE_REPLACED 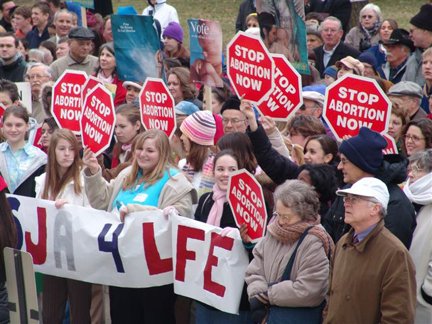 Editor’s Introduction: The statistics in the article by Tami Lehman-Wilzig that follows point to the mitzvah-centered courage that it takes to adopt. The range of feelings and vignettes she shares help us all appreciate the mitzvah of kavod habriot, honor for all who are created.

The Other Side of Adoption

For over a decade my husband has been urging to me to write the book The Other Side of Adoption. “You’ve got to tell the real story – that it’s no picnic.” Shuddering at the thought, I always answer: “Too painful, too personal and it will only hurt the boys.”

More after the jump.
I have continually shrugged off the suggestion even as we endured unimaginable nightmares from both sons, including criminal activity, heavy drug use followed by rehabilitation and (thankfully) entry into a normal life of marriage and family, forced hospitalization in a mental institution due to extreme psychosis (leading to a diagnosis of a severe mental illness), followed by a long and complex rehabilitation process.

Have you caught your breath? Because these few examples only represent the height of the pain. What preceded was years of unpredictable ADD (son 1) and ADHD (son 2) behavior going way beyond the norm, often including thrill and danger seeking adventures that would lead any mother to her own private mental ward.

Fortunately, along the way I discovered that I am not alone. Long-term studies show that 75% of all adopted kids have serious behavioral problems, including various forms of addiction. Even worse, 25% of all adoptees suffer from mental illness. Based on modern-day research, scientists have discarded the theory that environment makes all the difference. Forget nurture over nature. It’s mostly genes, genes and more genes with just a smidgen of socialization.

Do I love my boys? Of course. Despite all the pain, we have never given up on them. And that’s a good thing because two recent back-to-back events with one of our sons finally gave me reason me to write The Other Side of Adoption – the side I’ve been patiently waiting for.

My husband was in the States on business. I invited two young adult, female relatives to “cousin sit” me for Shabbat and included our younger son and his girlfriend for the Friday night dinner. They arrived early, bearing in hand the first surprise – flowers.

“Don’t expect me to do any of the bracha (blessing) things,” my confirmed atheist muttered, handing me the bouquet.

To my second surprise, they joined the girls and myself for a rousing rendition of Lechah Dodi, after which we adjourned to the Shabbat table. Shalom Aleichem finished, I turned the Siddur (prayer book) page, noting that “since there’s no one to say Eshet Chayil (“A Woman of Valor” traditionally sung by the husband to her wife before Friday night dinner), I’ll say Kiddush (the blessing over wine).”

Then came surprise #3.  “Who says there’s no one to sing Eshet Chayil to you?”  With all his heart, my troubadour sang my praises while I unsuccessfully tried to hold back the tears. Finished, he rose and recited the Kiddush, then mumbled: “You can do the motzi lekhem (blessing over bread).”

A cloud-nine Shabbat? You bet, only to be bested on Motzei Shabbat when he initiated a mother-son talk on relationships. “You know,” he said in the middle, “don’t take this wrong but it’s sad you never had your own children. You and Abba moved from one country to another. You had to adjust to a new culture, speak a different language… and… you’ve gone through a lot with us. Still, you stood up to all the challenges. It’s a shame you could never hand down those strong genes to another generation.”

Well, blow me over. How do you respond to such raw honesty, clarity and insight? By telling the truth. If we hadn’t adopted these two children we never would have understood what it really means to accept the other in our midst. We would never have truly understood the pain of abandonment, the agony of mental illness. We never would have learned how to persevere, how to turn bad situations into positive experiences and how to give unconditional love in the deepest sense of the word.

“You know,” I answered, “you’re right. It’s too bad that we never had children of our own, but if we had, then we never would have had the zechut — privilege — of bringing you up.”

That’s The Other Side of Adoption.